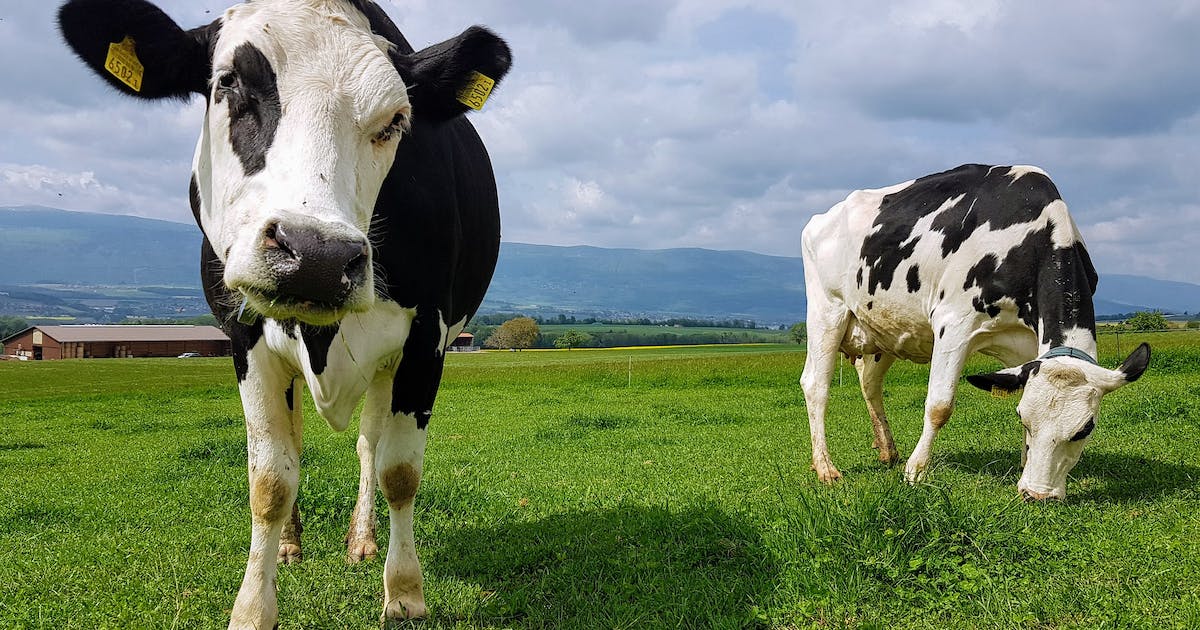 Editor’s Note: Conservation and environmental news is broadcast daily, but some may go unnoticed. In a recurring article, Conservation News shares three stories from the past week that you should know about.

The story: Cow urine is an environmental problem; it releases nitrate – a toxin that can pollute land and waterways – as well as methane and nitrous oxide, both of which are potent greenhouse gases. New Zealand scientists train a small group of cows to use an experimental object they call ‘MooLoo’ – a tampon that helps capture and sustainably neutralize harmful urine byproducts, Sybilla Brute reports for Bloomberg.

“We have shown proof of concept that we can train cows and train them easily,” psychology professor Douglas Elliffe, who helped develop the program, told Bloomberg.

The big picture: There are approximately 1.4 billion cows on Earth. It’s a lot of waste that warms the climate. In addition, each cow needs a large amount of land and feed, making the expansion of cattle ranches the main driver of deforestation in the Amazon. The need to reduce the environmental impacts of livestock has placed cows at the center of countless innovative experiments, including recent attempts to provide them with burp masks that capture methane emissions and feed them kombucha cocktails to reduce gas. digestive.

The story: Climate change is forcing animals to migrate, putting them in closer contact with humans, reports Daisy dunne for The Independent. Scientists point to recent clashes: fires in the American West are forcing large predators like bears into densely populated areas; extreme droughts in India bring elephants into conflict with humans; and marine heat waves cause whales to swim closer to fishing communities in search of food.

The big picture: Climate migration has already started for several species, many of which humans depend on for food. A recent study, led by Johann Bell of Conservation International, found that in the Pacific Ocean, climate change is pushing tuna further east, threatening the economic security of island nations that depend on fishing for up to 17 years. % of their annual income. “This is a climate justice issue,” Bell told Conservation News. “These island nations are highly dependent economically on tuna fishing, but contribute little to global warming. ”

The story: On a farm in New York, a team of researchers are testing an unusual form of carbon sequestration, reports Susan cozier for Mother Jones. By applying “rock dust” to cropland, they hope to capture carbon and stimulate higher yields for farmers.

“These are really silicate rocks that have been ground into a fine powder,” researcher Garrett Boudinot told Mother Jones of the concoction he adds to the soil. Surprisingly, rocks are incredibly efficient carbon scavengers, blocking 1 billion tons of carbon dioxide per year. Some rocks, especially the ancient ones called ophiolites, can suck carbon dioxide from the air and turn it into stone. Researchers postulate that by adding rock dust to farmland around the world, we could remove up to 68% of the total greenhouse gases produced by agriculture each year.

The big picture: Currently, food production is responsible for a third of all greenhouse gas emissions. As farmers seek new solutions that will reduce their environmental impact, solutions such as “rock dust” could offer a win-win solution, not only beneficial for the climate, but also by actively increasing harvests. Highlighting field tests carried out on corn and alfalfa, Cozier reports that the treated crops benefited from an increase in nutrients like phosphorus and potassium, leading to more bountiful harvests.