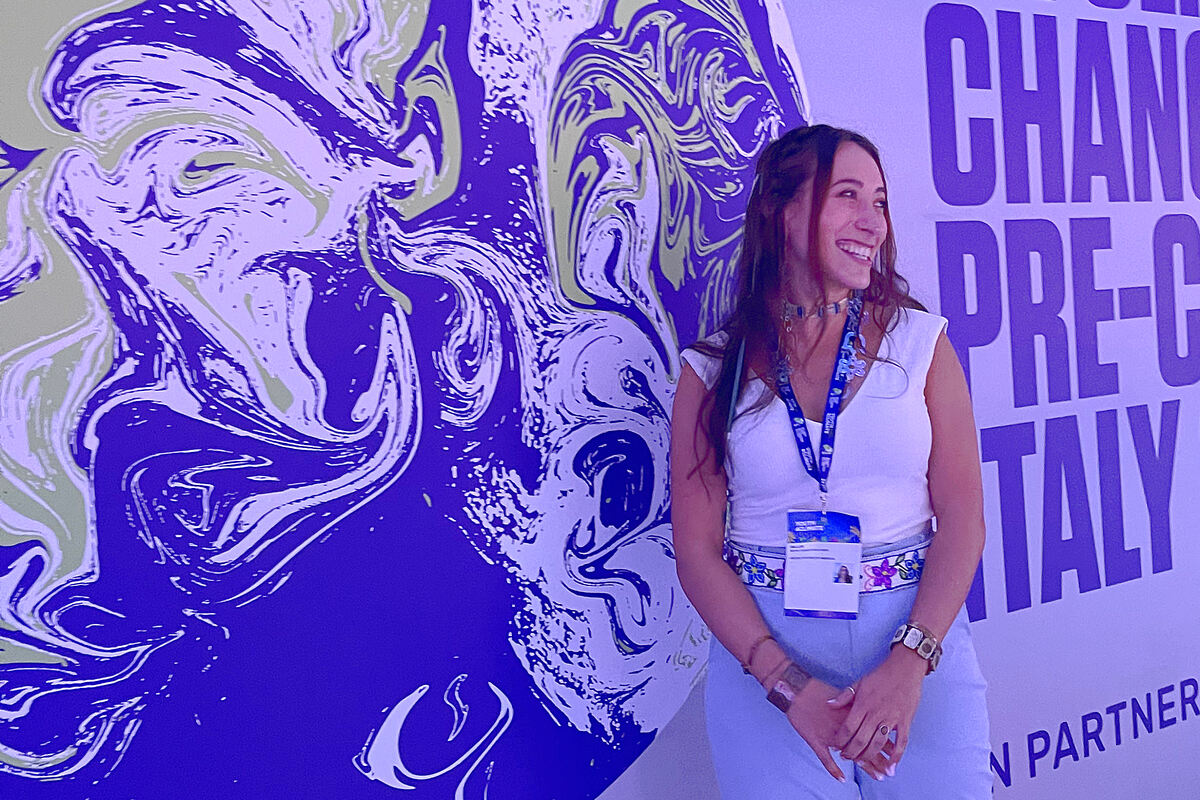 Solutions to the climate crisis are deeply rooted in Miller’s traditional way of life.

Dena’ina Lands, Anchorage, Alaska – Ruth Łchav’aya K’isen Miller, US delegate to the recent Youth4climate summit, focuses on managing the climate crisis in a way that will result in lasting change. Why? “Everything that’s wrong now – all forms of discrimination, prejudice, racist inequalities – is going to get worse with the climate crisis,” she said.

Solutions to the climate crisis are deeply rooted in the traditional way of life of Ruth Łchav’aya K’isen Miller.

Culture and climate justice activist member Dena’ina Athabaskan traveled to Milan, Italy for the Youth4climate conference. The world summit is a preparation for COP26, the United Nations climate change conference, which will kick off on October 31 in Glasgow, Scotland.

After returning to her homeland of Dena’ina, in what is now Alaska, she took the time to tell TAG24 about her “incredibly energizing” experience.

Miller explained that while the event had an impact, there were some issues with hosting the Youth4climate conference this year, such as the lack of involvement of young delegates in planning the summit.

Another problem was the low representation of marginalized groups, as there were a total of two indigenous delegates from North America and South America.

Miller felt honored “not only to have been invited, but to have the privilege and support of traveling to Milan and representing not only my Dena’ina Athabaskan community there, but as one person. native to all of North America ”.

Pushing through the issues, the young leaders drafted proposals for world leaders. One of those proposals is “a blanket ban on all further exploration for fossil fuels and divestment from fossil fuel industries and infrastructure by 2030. Period.”

Although the conference was demanding, Miller said she found it motivating not to have to “waste time debating the reality of climate change.”

Through one of the task forces, Miller saw the challenges of transitioning each country from fossil fuels by 2030 without any external funding. These countries will need multilateral financial support agreements to go green.

This will be the burden of “rich countries, which emit a disproportionate amount of CO2” and “will have to really help countries to move away from the use of fossil fuels”.

The media can do more to uplift people of color

Media coverage of climate change activism still centers on Greta Thunberg, even though there are so many other young activists with stories worth telling.

These are activists who are already fighting the direct impacts of climate change.

Miller differentiates Thunberg’s work from the way it is publicized: “Greta, in my personal experience with her, does a really wonderful job of raising the youth of color.”

She praised Thunberg for using his “power and influence” to bring about 500 paparazzi into a room with the COP25 all-indigenous youth delegation from “Turtle Island”, the traditional term for the hemisphere. western.

“Greta approached us to organize a press conference”, and afterwards, “she rallied the media and ceded the stage to five young people of color to hold their own press conference.”

Thunberg is an important voice in youth activism, but “it will take decades for him to feel the direct impacts that young people of color are experiencing right now.”

Yet Vanessa Nakate from Uganda “opened her speech by recalling the moment she was walking with a friend when they encountered bodies on the street” – victims of severe flooding caused by climate change.

The media emphasis on Thunberg has an “element of racism” in picking out a young white European woman and making her “the guardian of climate justice”.

Miller suggested that media attention should be on climate impacts and activism in “small island states, states facing desertification and arctic states” facing “melting sea ice. , permafrost and the evolution of food systems ”.

She also portrayed herself and other young people as “creative solutions engineers” willing to work hard to make meaningful change “for the better. our future.”

Suggestions for Fridays of the Future

The youth movement Fridays for Future, a global climate strike movement, could do more to bring media attention to real climate talks, especially those led by people of color hardest hit by the climate. climate change.

Miller disagreed with FFF’s tactics at youth4climate, which “many thought were very isolationist, they didn’t organize with other young people, they just staged these process interruptions.”

She criticized that some actions at the top did not plan to “think about who your target is, if your timing has an impact, what the expected outcome is. Now shout climate justice at a climate conference where young people lead climate justice, is the most effective target? “

“And if the idea is just to get media attention and distract the media from debates primarily aimed at young people of color, then I would really recommend them to reconsider this tactic,” she suggested. .

On the opening day of the event, FFF delegates took a short walk through the conference venue as the Italian Prime Minister began to speak. They ended up taking most of the media presence with them.

Miller, who did not join the FFF protest action, stayed with other delegates and “over 40 heads of state, including John Kerry.” She called the opportunity to be in the room with such important leaders as “unprecedented”.

“They sat down and they listened to the questions and the requests of the young people to four hours, “she said,

FFF protesters missed “the meat, the climax of the summit.”

Despite her understanding of the challenges of the FFF “to coordinate through a mass movement”, she believed that the movement should “galvanize the global media, and therefore the global pressure on the leaders of their countries”.

It’s a crucial part of climate activism that “no one else can or should do” for them, she added.

“I, as an indigenous arctic woman, don’t want to use my time and my work for this. “

Activism was never a choice

Surprisingly, Miller said she never directly chose to become an conservationist. Maybe she chose it.

“I became an activist for climate justice a thousand years ago, because for us, our guard, our stewardship of the land is generational,” she explained.

His native heritage teaches what “reciprocity and respect looks like with our Naquelt’ani (cosmos, universe, creator), ełnena (earth), miłni (water)”.

She also saw that it was “even more modeled on our elders” who incorporated the idea of ​​transitioning to sustainability using a specific sentence: “In Behnti Qenaga, the language of the lower Tanana Dené: Kohtr’ełneyh – Remembering Forward.

Direct action was something Miller has always seen shaped by both of his parents, who are Native American rights advocates.

“I see with my own eyes how my home is affected, I see lives lost here, I see entire villages displaced, our food systems change, our Łiqa (salmon) die in our heatstroke waters.”

The work Miller is doing is urgently needed, especially since “there are already climate refugees in Alaska” and the country is “not really prepared for the impacts that are already guaranteed to occur. warming level, even less if we go to 1.5 degrees C and press 2. “

The young activist admitted that it is not always easy to fight against “those who resist climate solutions” and to pave the way for action in favor of climate justice. On “many mornings,” Miller works hard to keep hope up.

Yet “even though I somehow knew this was a battle we would lose, an existential war that we couldn’t get through on our own, there is still nothing I prefer make my life to fight for it, ”she said.

More on the topic Activism: