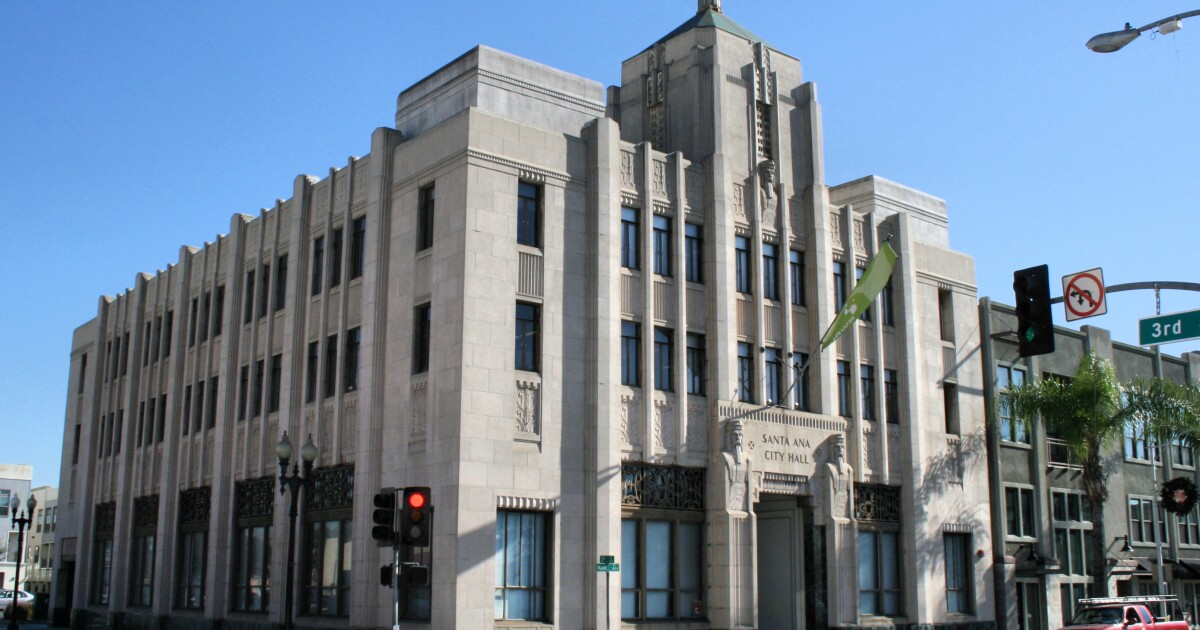 Five years ago, a study found that a high percentage of children in Santa Ana, California were exposed to soil contaminated with dangerous levels of lead. The Santa Ana City Council now has before it a detailed plan that would address this public health hazard following a second study, new state law, a legal opinion on the matter by the state attorney general, more than 150 comments from residents to city officials, and countless community meetings.

The update of the general plan of the city must be voted on Tuesday. The master plan, which updates the city’s 39-year-old master plan, incorporates environmental justice elements addressing lead-contaminated soil and other land-use features that have had a detrimental effect on the public health in the city’s most disadvantaged communities.

A relatively new law, known as SB1000, has been instrumental in helping Santa Ana community advocates successfully lobby city officials. Signed by the governor in 2016 and implemented in 2018, the law requires cities and counties to identify disadvantaged communities and integrate environmental justice into land use planning to reduce health risks. The state attorney general’s office, in an October 2020 letter to Santa Ana city officials, criticized the city’s proposed master plan update for not meeting SB1000 requirements and directed them to recommended consulting “affected communities” for ideas on lead pollution remediation.

“We started this negotiation process probably in 2019. It’s been an uphill battle for most of this,” said Patricia Flores Yrarrázaval, Orange County Environmental Justice project director and Santa Ana resident.

The law is the first of its kind in the country to integrate environmental justice into planning documents, according to Michael Méndez, who wrote “Climate Change from the Streets: How Conflict and Collaboration Strengthen the Environmental Justice Movement.”

About 9.4 million California residents live in communities burdened with heavy pollution from a variety of sources, according to the California Environmental Protection Agency. These residents generally have lower incomes and live in predominantly Latino and black communities.

Residents of these deprived communities have endured decades of neglect and policies that left them to suffer in ecologically polluted areas with little recourse. Although the environmental justice movement has been around for decades, it was only recently that new laws forced policymakers to consider that the endangerment of Black and Latino communities was the result of racism. – policies and laws that prioritized white communities over others.

Environmental justice has always been an optional chapter, but this law now makes it a mandatory chapter or element of the General Plan.

Michael Méndez, assistant professor of urban planning and public policy at the University of California, Irvine.

Santa Ana is a city of approximately 330,000 whose demographics have changed dramatically over the past 50 years from a minority Latino population to a majority. The most disadvantaged communities live near highways, in industrial (or formerly industrial) areas, or in pre-1978 lead-contaminated housing. A study led by researchers at the University of California, Irvine found that census tracts with median household incomes below $50,000 had soil lead levels more than five times higher than lead in the soil of high-income census tracts. In addition, nearly half of soil samples taken from 500 sites had lead levels above 80 parts per million (ppm), the safe level recommended by CalEPA.

The General Plan update that will be considered by the Santa Ana City Council on Tuesday now contains many provisions recommended by community advocates to help correct and prevent further environmental hazards in the city’s most disadvantaged communities. city, as required by the SB1000. Among those that advocates say are essential:

Each provision stipulates a certain time frame to ensure accountability.

The process of updating a master plan is complex, made even more complex by the SB1000 requirements.

“It’s a slow process,” said Ashley Werner, managing attorney at Leadership Counsel for Justice and Accountability in Fresno. His organization currently works on environmental justice issues with about 30 different communities, including Tulare and Fresno County. It is one of the few organizations across the state that helps ensure cities and counties adhere to SB1000.

The purpose of SB1000 is “to ensure that California communities consider environmental impacts and pollution on local residents living in areas that may be disproportionately exposed to toxins or other contaminants that may harm them or their families.Residents of poorer communities often suffer from higher rates of asthma, cancer and birth defects, so we must do all we can to eliminate environmental factors that can contribute to these serious problems. health,” Senator Connie Leyva wrote in 2016 in support of her bill.

“Environmental justice has always been an optional chapter, but this law now makes it a mandatory chapter or part of the overall plan,” Méndez said.

However, community advocates find that the lack of specifics in the law allows public officials in some municipalities to avoid complying with certain key provisions.

Jennifer Ganata, senior attorney for Communities for a Better Environment, said her organization teamed up with other community organizations to sue the city of Huntington Park after city officials failed to address housing elements. and environmental justice in their update of the general plan. The lawsuit follows several attempts to encourage Huntington Park city officials to comply with SB1000, including letters from the state attorney general’s office.

In Santa Ana, Flores said community volunteers trained “elders on using Zoom and public commenting” to help gather feedback. Even so, the master plan update still did not meet with the approval of environmental justice advocates at the February 15 city council meeting. It took an invitation from Santa Ana Mayor Vicente Sarmiento at this meeting for environmental justice advocates to recommend specific “points” and “language.” Many of these have now been added to the plan which will be reviewed at Tuesday’s meeting.

“This is your opportunity,” Flores said, speaking during public comments at the February meeting. “Will you be known as the city council who knowingly allowed the children in your neighborhoods to be poisoned by the ground beneath their feet or will you be known as the bold leaders who took decisive action to end this health crisis environmental?