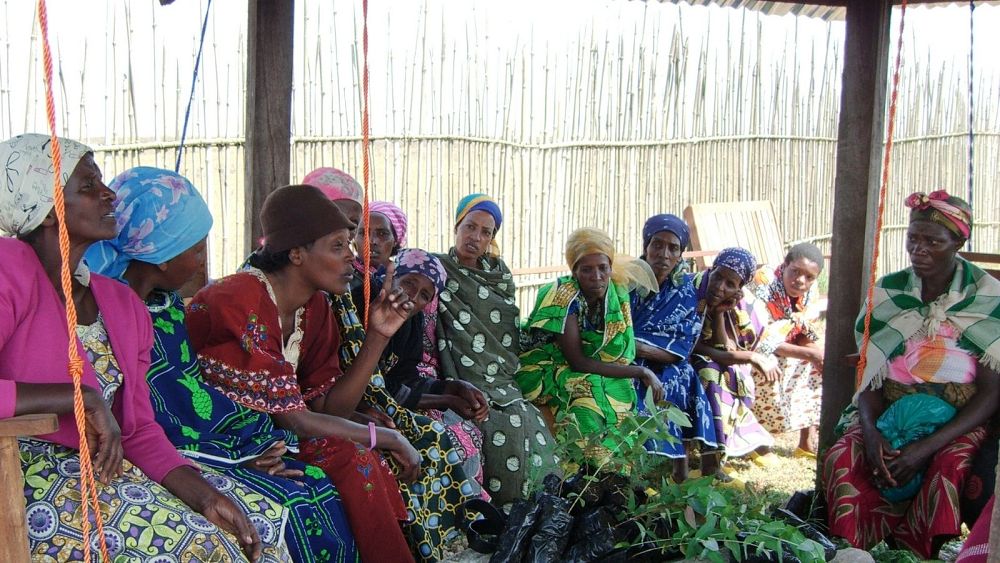 Women must be prioritized at COP26 and other critical summits, urges Women’s World Assembly for Climate Justice.

From the forests of the Democratic Republic of the Congo (DRC) to the endangered Marshall Islands and the plains of the Columbia River Plateau, women and indigenous communities have been disproportionately affected by climate change – but also hold the answers.

In a seven point plan presented during the United Nations General Assembly in New York this week, the undersigned by more than 120 organizations, the Women’s Assembly calls on governments and financial institutions to act on the latest ‘code red’ findings. IPCC report in a fair manner.

“The ocean is in our garden and literally on our lawn. There is no higher place to retreat safely, ”said former President of the Republic of the Marshall Islands, Hilda Heine, highlighting both the vulnerability of low-lying island nations and the role principal of women in their midst.

“But we also have a lot of knowledge and innovations to share, as bright spots for others in the fight against climate change.”

Speaking at a conference in front of the Women’s Assembly – which takes place online from Saturday 25 to Friday 30 September – five women leaders stressed the importance of amplifying the voices of women, gender non-conforming people , black and brown communities and indigenous peoples.

“If black women were leading this COP26, we would get solutions, I tell you, because we are on the front lines,” said Neema Namadamu, a pioneering women’s and disability rights activist who has taken on corporations mining in the DRC.

Katherine Quaid, Communications and Outreach Coordinator for the Women’s Earth and Climate Action Network (WECAN), which organizes the assembly, said: “Each Indigenous community has a vast wealth of traditional ecological knowledge and how to reciprocate with the Earth.

“In my community [Nez Perce, Cayuse, Paiute], it is the women who hold the knowledge ”, she declared, adding“ I am propelled by matriarchs ”.

The disproportionate burden of caring work on women is one of the key points raised in the call to action, which demands “dignified conditions” for what is an essential world service.

Dipti Bhatnagar, who works for FoE International in Mozambique, added: “We need a new economy for the planet, which recognizes and values ​​the work of care to be shared between men, women and the state to centralize the life in all of our decisions and the way our systems are created.

With the world still divided over whether it is fair to COP26 go ahead – given the difficulties of delegates from unvaccinated countries traveling during the pandemic – speakers also criticized the failure of the UK government to ensure fair and secure participation.

“It’s very late in the game,” said Osprey Orielle Lake, executive director of WECAN, wondering how women in southern countries were supposed to finance their quarantines in expensive hotels.

What is clear, she added, is that systemic change is desperately needed: “We can’t just get through another COP. In the words of former President Heine, using the “untapped resource” of women’s expertise will provide solutions that will save the world.

What are the seven action steps for governments?

1. Stop the expansion of fossil fuels and rapidly accelerate a just transition to 100% renewable and regenerative energy

Governments must align their actions with the Paris Agreement goal of keeping global warming at or below 1.5 ° C.

Women’s World Assembly for Climate Justice calls on policymakers to immediately stop the extraction, expansion and combustion of fossil fuels, and to implement a just transition to a 100% renewable and regenerative economy and social system .

Dismissing false solutions – including “net zero” programs – is another demand from the collective, as is support for fossil fuel workers to find new green jobs.

Ensuring the full and equal participation of women in all aspects of climate policy and finance is essential to tackle the climate crisis.

The Assembly calls on governments to recognize the unique and essential roles, responsibilities, solutions, needs and desires of women in climate change mitigation efforts.

3. Protect the rights of indigenous peoples

The traditional ecological knowledge of agriculture, seeds and biodiversity held by indigenous communities is essential to address climate change, even if indigenous peoples are disproportionately affected by the development of fossil fuels, deforestation, extractive industries and climate impacts.

The Women’s World Assembly for Climate Justice calls for a global moratorium on the logging and burning of all ancient forests.

They also fight against the commodification of forest carbon through carbon offset programs, which have been widely discredited.

Banning the privatization of water is one of the most radical demands of the Assembly to protect water.

They urge all governments to recognize that access to sufficient, safe, clean and affordable water is a human right.

With the impacts of global warming leading to food insecurity, it is essential to reduce the production and consumption of industrial meat and dairy products.

7. Protect the rights of nature

The Rights of Nature is a revolutionary legal framework that recognizes natural systems, such as rivers, forests, mountain ranges and bodies of water, as rights-holding entities with an inviolable claim of protection and preservation. , explains the Assembly.

Although the rights of nature are new to our legal system, they are based on the traditional knowledge of indigenous peoples of how to live in harmony with the natural laws of the Earth.

The Women’s World Assembly for Climate Justice has also developed a number of measures for financial institutions, showing them how to redirect resources towards climate solutions.