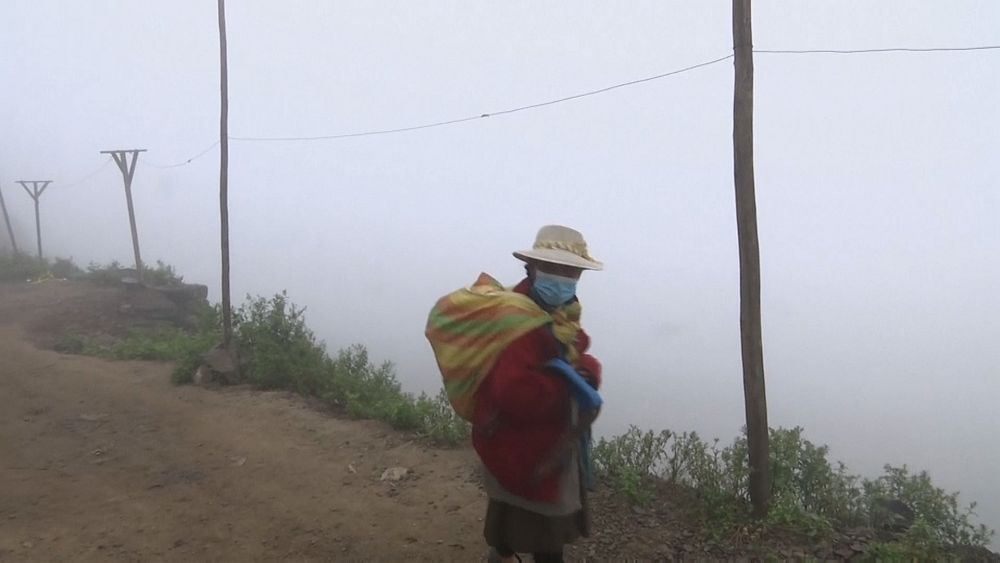 Peruvians living in one of the driest parts of the world may have a solution to their water crisis – “fog catchers” that catch droplets through thick blankets of swirling mist.

The NGO Peruvians Without Water helped provide panels covered with polyethylene netting, which transport the droplets through a pipe to a collection tank which can be accessed by around 20,000 residents of the El Trebol squatter camp in the capital Lima. .

â€œFor us, it’s like a miracle because we didn’t think we would get so much water from this fog catcher,â€ said Justina Flores, a 49-year-old woman who lives on a hill without trees.

Lima is the second largest city in the world built in a desert, after Cairo.

Flores said that a 20 square meter panel can collect 200 liters of water per day and that it is enough to cook at least one community pot that feeds 60 neighbors.

More than 1.2 million inhabitants of the Peruvian capital suffer from a lack of access to water.

For Abel Cruz, president of Peruvians without water, neighborhoods like El Trebol are places where it is almost impossible for the government to build infrastructure to provide drinking water.

According to official data, a single liquid connection to a house can cost US $ 35,000.

For families like the one in Flores, living in the upper, uninhabited part of the hills was the only option as the prices for living in the lower part of town were too high.

Flores occupied the land she now owns as thousands of Peruvians have done over the past 60 years, without planning and amid the authorities’ disinterest in providing adequate housing options for the working class.