Like the Alps surrounding the small village of Termin, Switzerland, where he was born, Hans Britsch lived an impressive life. Hans was the last of Magdelena and Josef Britsch’s five children. From an early age, Hans loved plants; he was always the first to find spring wildflowers on the slopes and in the meadows of the Alps. His father having died from a woodcutting accident when he was just nine months old, Hans developed a strong work ethic at a young age, tending to his family’s cows and selling edelweiss to tourists. and to soldiers during World War II at the Simplon Pass (one of the historic routes of the Orient Express).

Hans was intellectually curious and enjoyed education. He attended an agricultural school in Visp, in Valais, then an apprenticeship where he learned to graft plants. He went on to earn a prestigious Swiss Meisterprufung degree in horticulture after attending the University of Oschberg.

Hans met the love of his life, Margarethe “Gretl” Maria Berner, in Zurich, Switzerland, on a blind date. Hans was asked to drive another couple, and Gretl was asked to join the group so Hans wouldn’t feel like a taxi driver. After touring greenhouses all day, Hans and Gretl fell in love. On September 29, 1962, they were married at Saint Andrew’s Catholic Church in Zams, Austria (Gretl’s hometown). Their first child, Susanne Magdelena, was born two years later.

In 1964, Hans and Gretl immigrated to California looking for a place with year-round spring weather. Hans arrived first, crossing the Atlantic Ocean by boat with his blue VW Bug in tow. He then drove across the country and settled in Buena Park, a suburb of Los Angeles. Three months later, Gretl and Susie join him (by plane). Initially, Hans worked for a landscaping company (Valley Crest) during the day, and Gretl worked as a night nurse to provide round-the-clock care for Susie.

In 1966, they met a Swiss couple who owned the Morgan Wholesale Nursery in Vista, California. Hans and Gretl bought the nursery and renamed it Western Cactus Growers. Hans first made deliveries along the 101 freeway in his VW bus/truck. They got their first big break in the same year, supplying their factories to a well-established supermarket chain, Alpha Beta. They also started importing seeds from Europe, mainly from Werner Ubelmann (who offered all the finds from Brazil) and other places where Hans went to collect seeds. Hans took great pride in propagating plants from seed, which reduced the looting of wild plants by plant enthusiasts and protected endangered species and the environment. In 1967 their second child, Hans Thomas, was born.

Hans and Gretl traveled to many countries to see cacti and succulents in their natural habitats. In 1976 they traveled to South Africa with Dieter Supthut, director of the Sukkulenten-Sammlung in Zurich. They also traveled to Brazil with Professor Werner Rauh and Leopoldo Horst to see places where Albert Buining and Horst made important plant discoveries. And they participated in trips organized by the International Organization for the Study of Succulent Plants (IOS Congresses). They particularly enjoyed IOS’s trips to the Barranca de Metztitlan in Mexico, to the provinces of Salta and Jujuy in the Argentine Andes (where they saw the giant Helianthocereus and the woolly Oreocereus), and to the forests of cereus and the Andes of Venezuela (where they saw the snow-white cephalium of Melocactus schatzlii and the M. mazelianus along the Orinoco River). They have also taken trips to explore plants native to the desert regions of the United States, as well as to Africa, Cuba, Guatemala, Canada, Australia, New Zealand, the Galapagos Islands, China, Russia, Hungary and Madagascar.

Hans and Gretl particularly enjoyed running Western Cactus with their son, Hans Thomas, for the last 33 of their 56 years in agribusiness. Working side by side with their valued employees, they grew Western Cactus by establishing several other companies on over 100 acres of land in San Diego County. 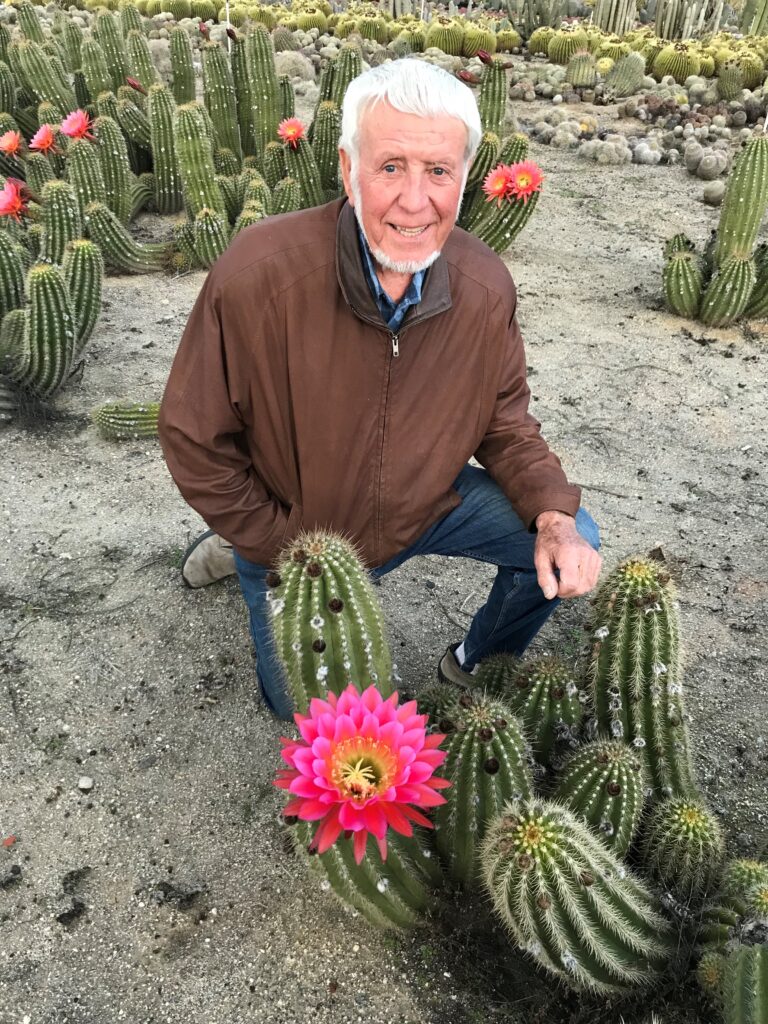 Hans and Gretl shared their last day working together on Valentine’s Day 2022, in their 60th year of marriage. Like every other day, Hans was the first to arrive at 6:30 a.m. for work; that night he was taken to hospital by ambulance. In his absence, Hans Thomas and his son, Nico (a graduate of UC Berkeley), are committed to growing the business for generations to come, a realization of Hans and Gretl’s American dream.

As much as Hans loved his job, he loved his family even more. He was very fond of spending time at family events and parties. He faithfully and unconditionally supported his children, grandchildren and great-grandchildren. He also enjoyed being an active member of his community (Route 3A), his civic duties, his opportunities to make charitable contributions and donate endangered plants to organizations such as the San Diego Zoo Safari Park, the Botanical Gardens of San Diego and the Huntington Library. in Pasadena.

A lifelong devout Catholic, Hans was surrounded by his family when he returned to Our Lord on February 25, 2022, after receiving the Sacrament of Anointing of the Sick from Father Gerardo Fernandez. Switzerland had come to California that day – all the local mountains were covered in snow. Outside his hospital window, workers were pitching a drought-resistant roof and an American flag could be seen flying from a crane. He would have liked that.

The family is extremely grateful for the tender care given to Hans by all the doctors (Rai, Kosmo, Tolentino, Greenstein, Bertrand de Silva, Aldiwani, Mulvihill, Chelimilla and Macleay), nurses (Taylor, Toby, Ali, Britney, Geanie , Patty, Rosie, Emma, ​​Jordan, and Irene), and many more at Palomar Medical Center. Although weary of the pandemic, each provided first-rate and dignified care until their final hours.

Hans led an extraordinary life dedicated to his family and his plants. He led with humility and by example, earning the respect of others through his work ethic, his respect and kindness to others, and his ability to live every day to the full as a loving husband, father and farmer.

A funeral mass and interment will be held for Hans Britsch at Mission San Luis Rey. March 29, 2022 at 1:30 p.m. Reception to follow. 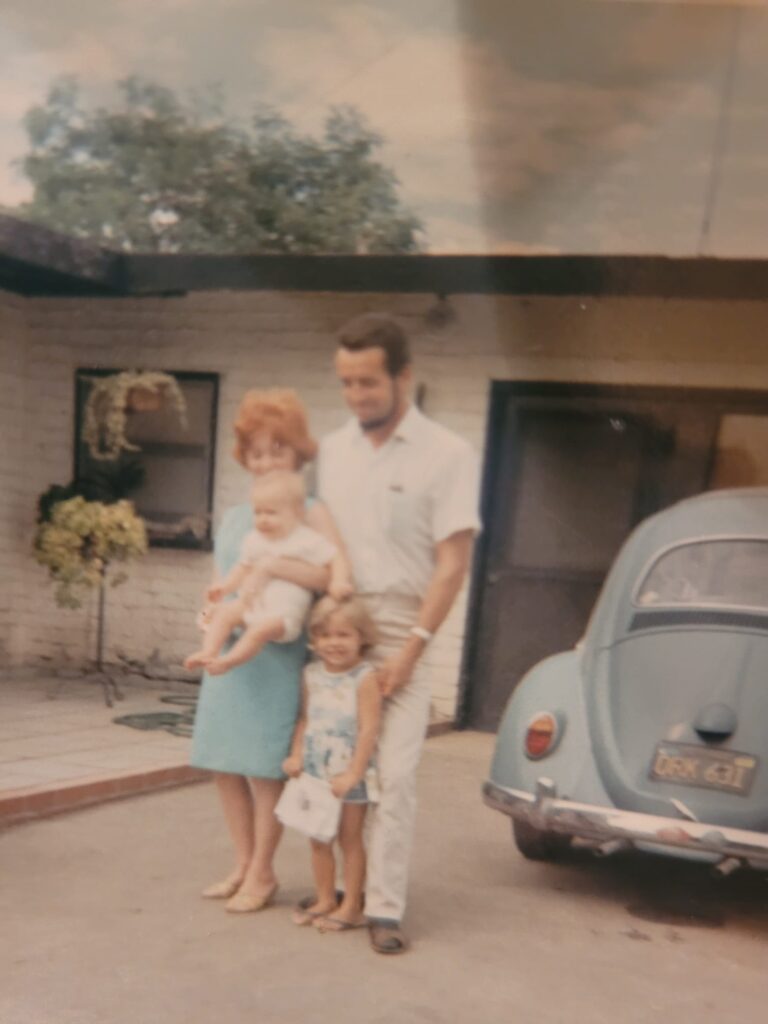