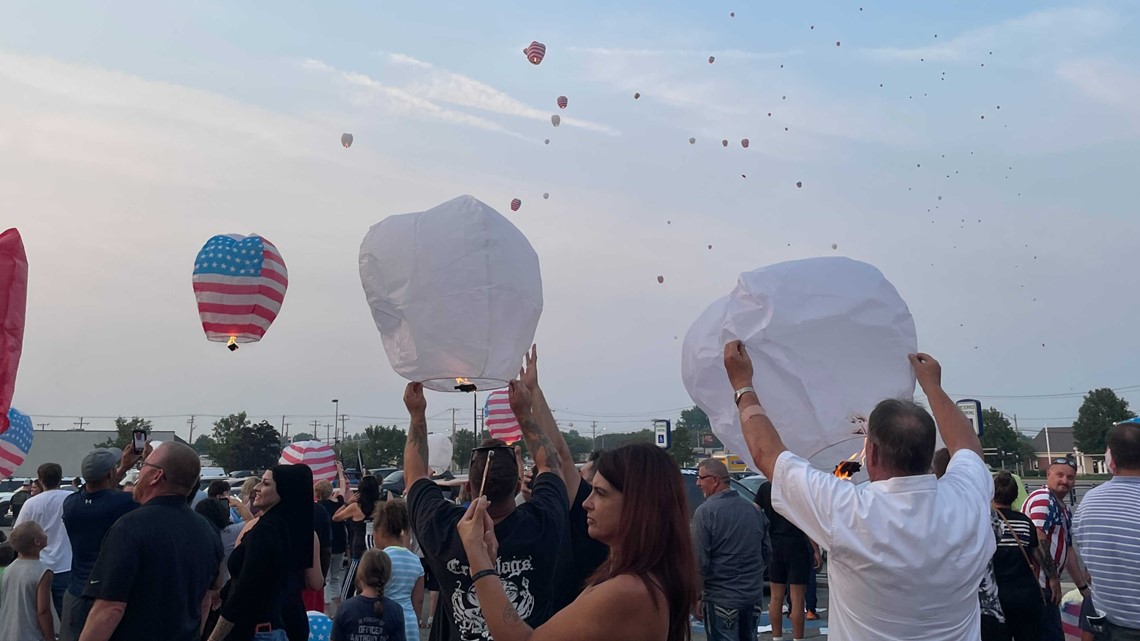 On Sunday, a large group of people gathered at the Home Depot near Alexis Road, where Agent Dia answered his last call.

TOLEDO, Ohio – As the Toledoans joined Americans across the country in celebrating the nation’s birthday, they also paused for a moment to honor the first anniversary of the death of TPD officer Anthony Dia.

A large group gathered at the Home Depot near Alexis Road on Sunday evening where Agent Dia answered his last call.

Dia was shot and killed in the store parking lot while checking to see if a man was okay.

The people there threw paper lanterns into the sky to honor the deceased officer.

Dia’s wife and children, his mother and father, Tony, were there to remember him and several of his siblings in blue.

A year later, Tony is amazed at the continued support of the community.

“When I first got there, seeing all the police cars and all the people, I was like wow. I didn’t expect so many people to show up. But I’m glad that. they did it because it helps the grieving process a lot, ”Tony said.

Constable Dia’s last words over the police radio were “Tell my family I love them”.

Earlier in the week, an information board was installed near the intersection of Secor and Central with the words of this radio transmission.