When it comes to the global economy, the COVID-19 pandemic has disproportionately impacted girls and women and reversed progress towards gender equality. More women were out of work and pushed to care for children.

According to the latest estimates from the World Economic Forum’s Global Gender Gap Report, it will now take 132 years to close the gender gap, compared to less than 100 years before the pandemic. 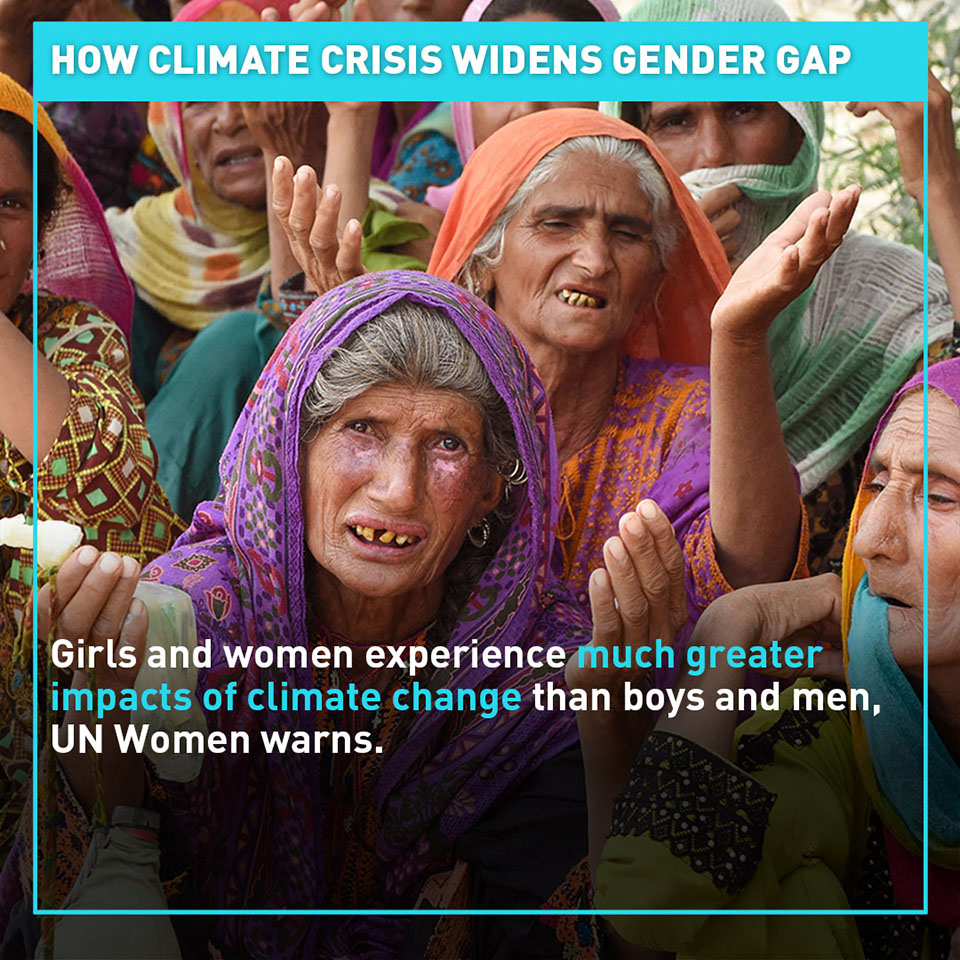 As many parts of the world experience the rapid and intensified effects of climate change, UN Women warns that global warming will further amplify the gender gap, as the climate crisis is not “gender neutral”. 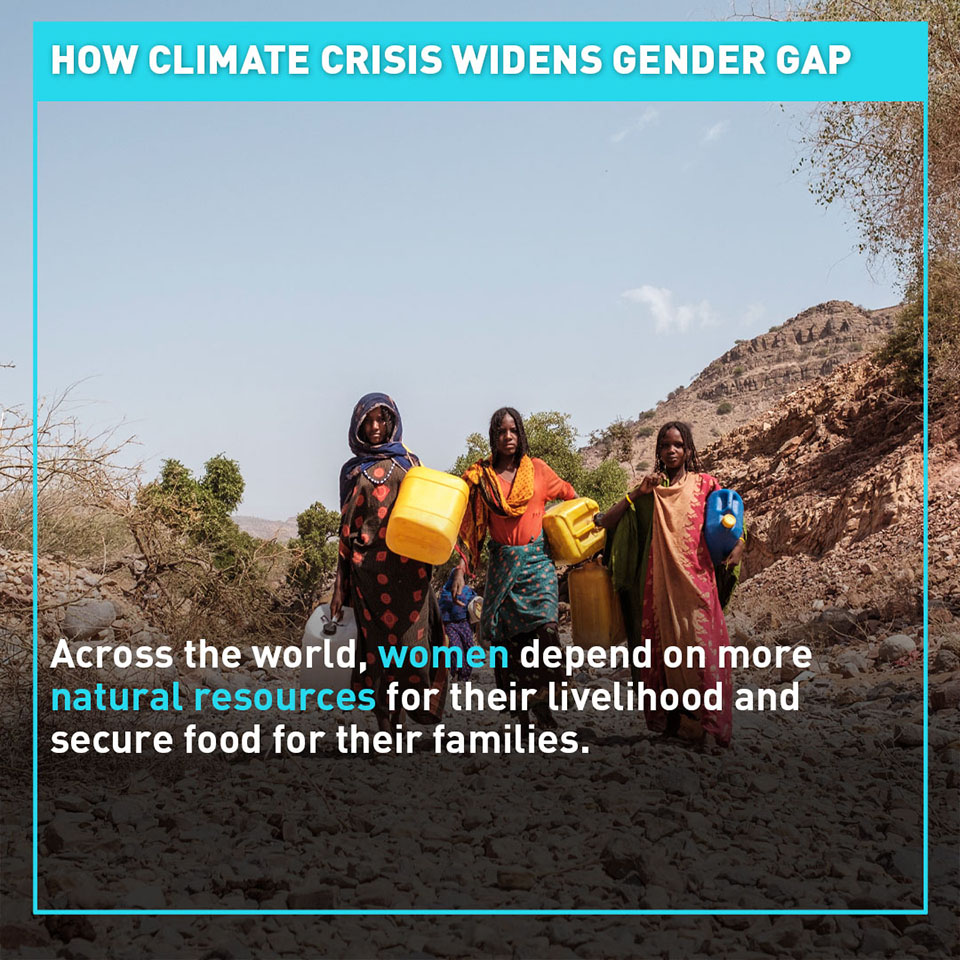 Women bear a disproportionate share of the burden of providing food, water and fuel in many parts of the world. Agriculture is the most important employment sector for women, especially in low- and lower-middle-income countries. Women will struggle to secure income and resources for their families in areas affected by drought or floods. 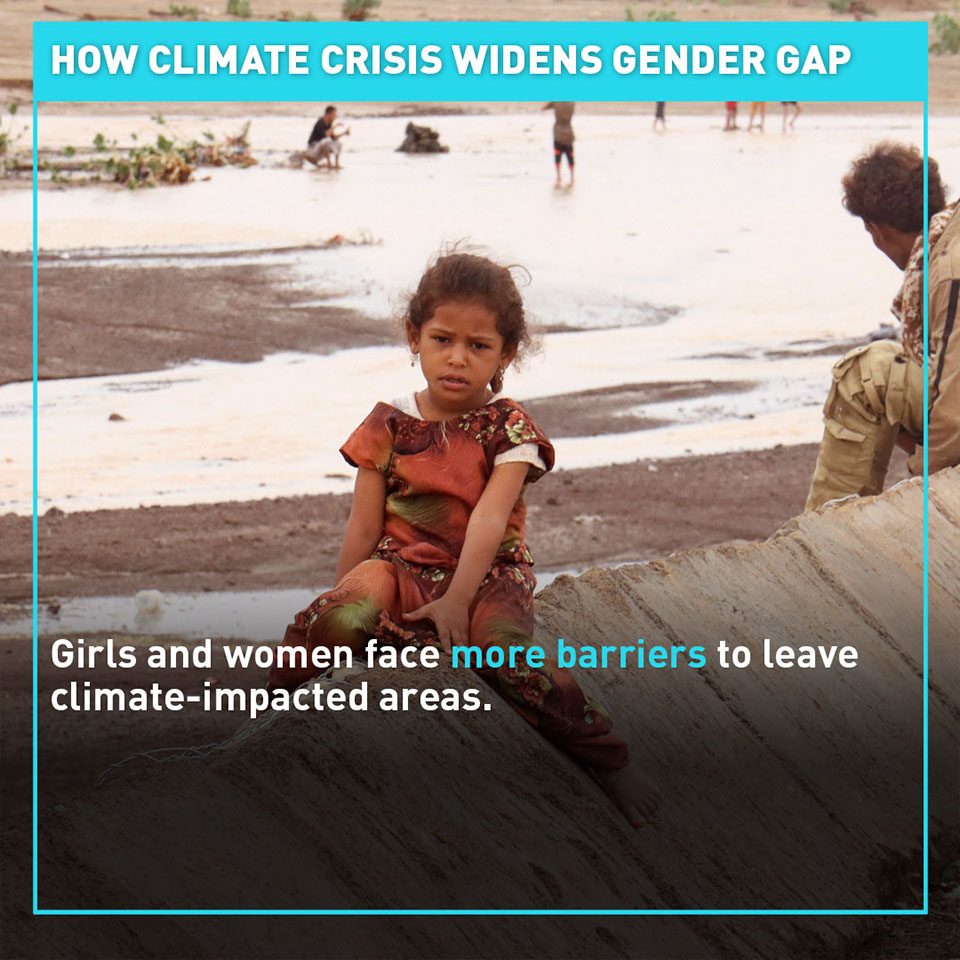 Climate change could displace up to 216 million people by 2050, warns the World Bank. Girls and women are more likely to be left behind in migration decision-making due to care obligations, lack of financial assets, and limited rights to land and property.

Even when some of them manage to break down barriers and manage to leave disaster-prone areas, they may face higher risks of unemployment, child marriage, human trafficking and gender-based violence. 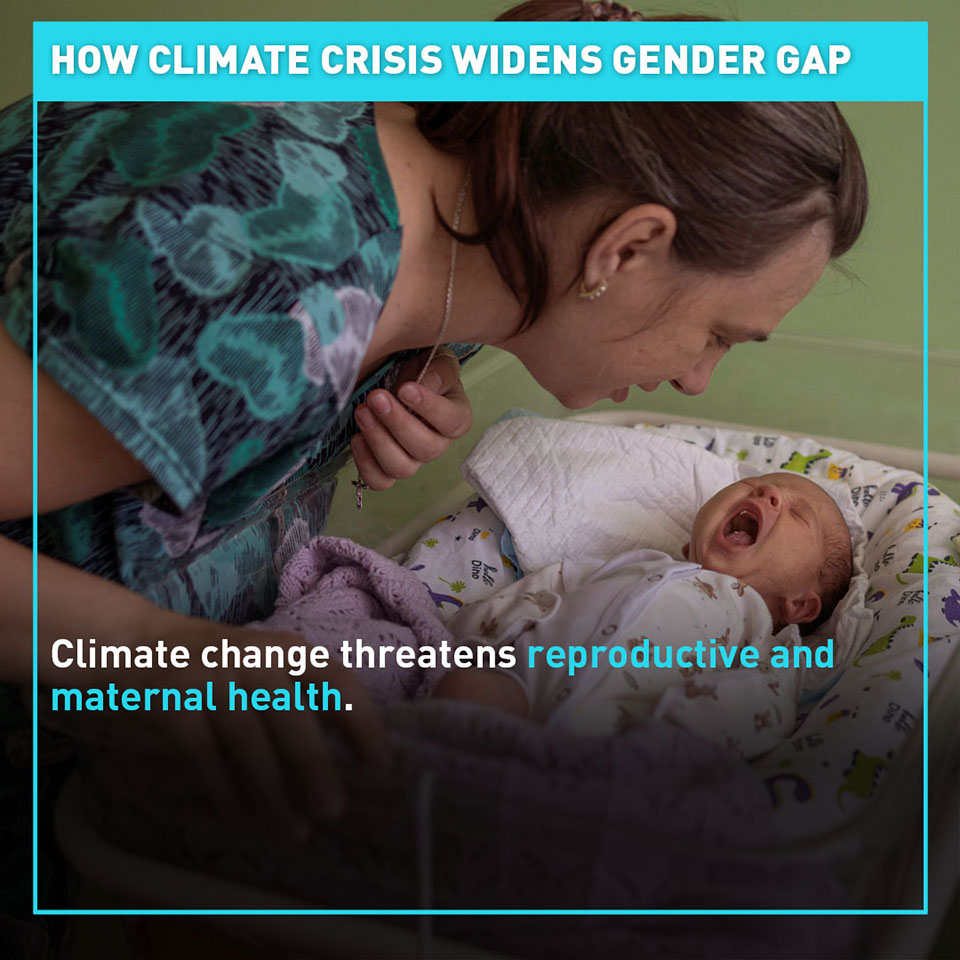 Higher temperatures, more frequent and increasingly intense rainfall, and increased humidity create favorable conditions for infectious diseases caused by parasites, viruses, and bacteria, such as malaria, dengue, and Zika virus . They can cause miscarriages, premature births and anemia in pregnant women.

In a February report by the Intergovernmental Panel on Climate Change, researchers found that girls and women face more food insecurity and malnutrition than boys and men and are more likely to die during extreme weather events. In addition, the climate crisis could have a significant impact on their mental health. 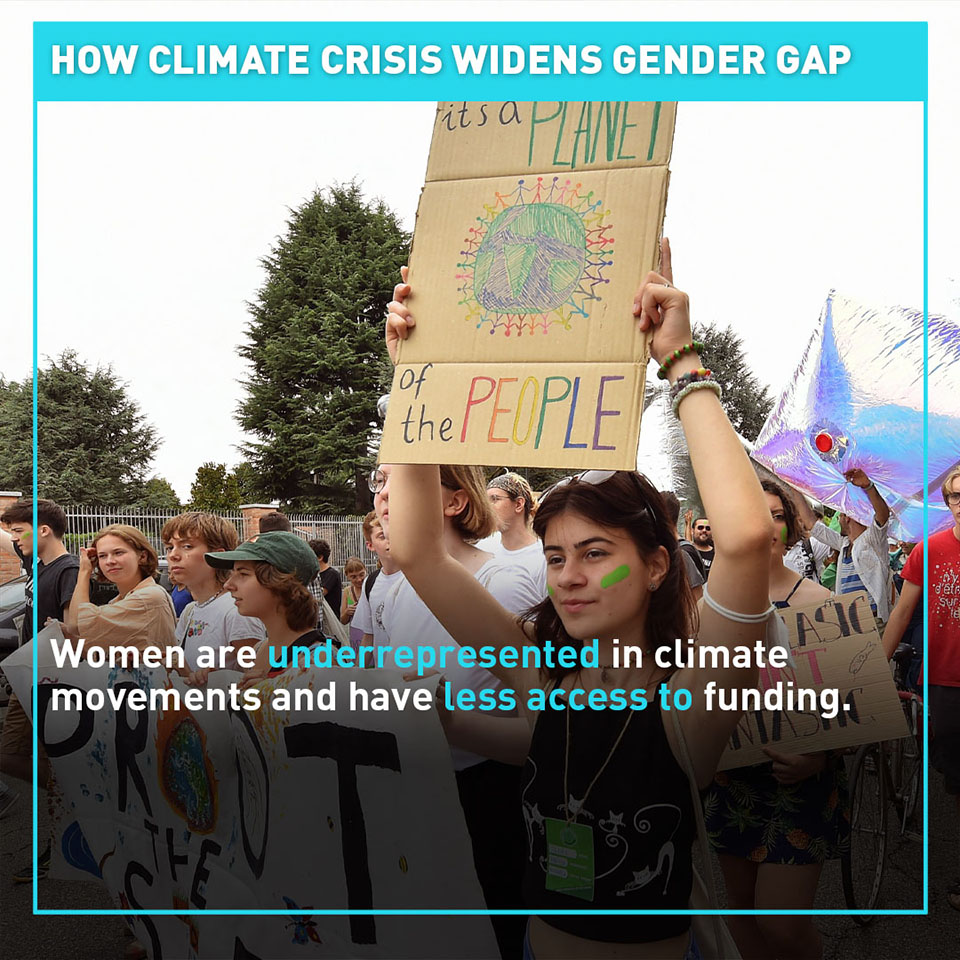 According to the United Nations, women around the world have shown resilience and leadership in protecting their communities, lands, livelihoods and natural resources for generations. They are environmentalists. However, men still hold 67% of climate-related decision-making positions and women’s representation in national and global climate negotiating bodies remains below 30%.

The Generation Equality Action Coalition on Feminist Action for Climate Justice also found that only 3% of philanthropic environmental funding goes to support girls’ and women’s environmental activism. Additionally, women-led organizations, which are often small in size, struggle to secure funding from climate finance providers, who primarily invest in large-scale projects, starting at $10 million.

To learn more, check out our exclusive content on CGTN Now and subscribe to our weekly newsletter, The China Report.