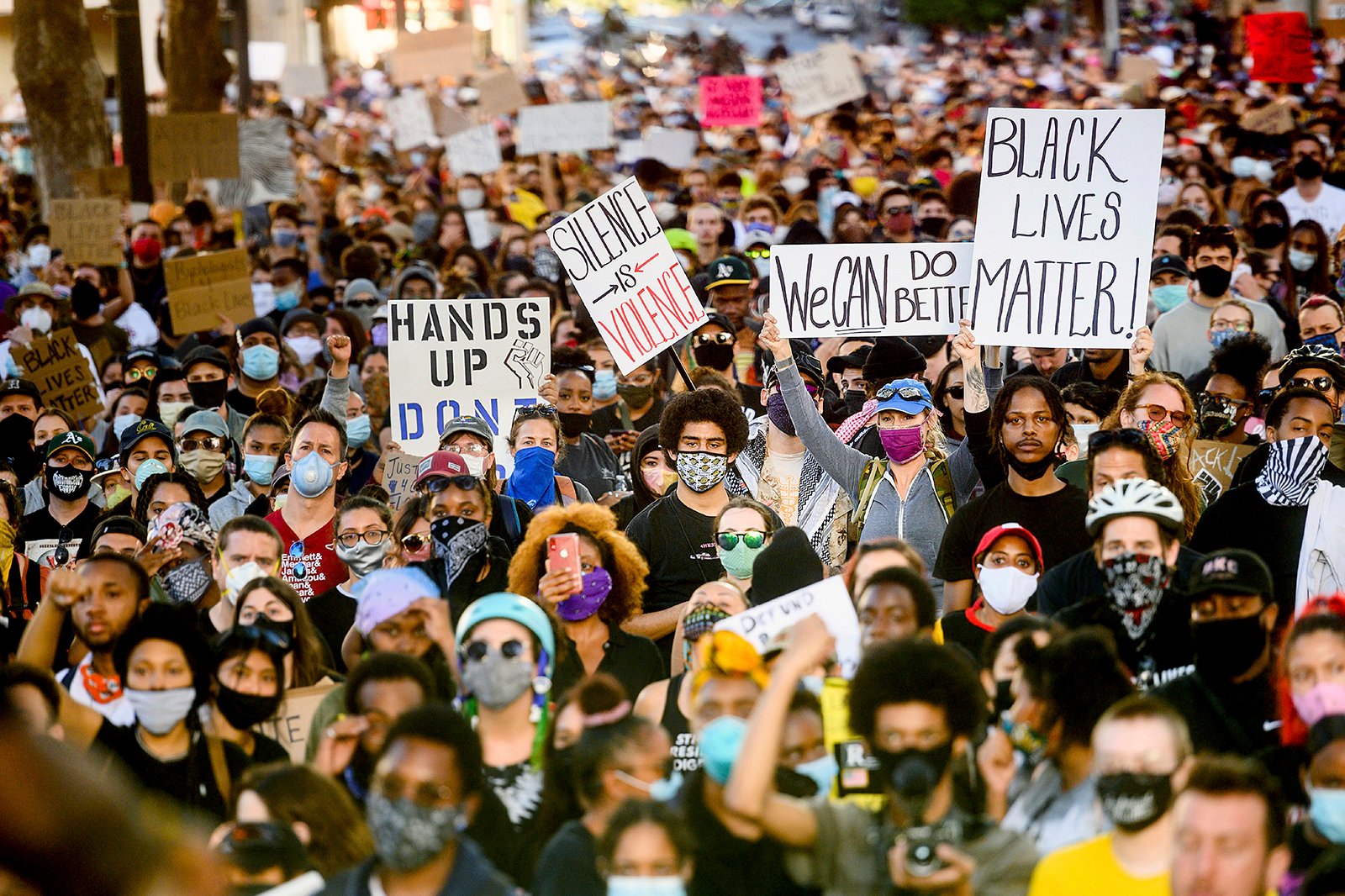 (RNS) – Generation Z is the most ethnic, racial and religious diverse generation in the history of the United States. When Gen Z organizes to protest injustice, observers can’t help but notice the impressive diversity among the participants, which was not necessarily so prevalent in the protests and activism of the 1960s.

The Gen Zers are also making their voices heard on an impressive array of issues. They are at the forefront of lobbying marches for gun control reform, police accountability, environmental protection, gender equality and reproductive freedom.

While previous generations of protesters were well known to be inspired by their faith and spirituality, there is disagreement over the extent to which faith motivates Gen Z’s acts of protest.

Barbara Reynolds, ordained minister and activist in the civil rights movement of the 1960s, told the Washington Post that “church and spirituality are not high priorities for Black Lives Matter… and the ethics of love, forgiveness and reconciliation are lacking” in this movement stuffed with gen zers.

Others, like Elizabeth Drescher, author of “Choosing Our Religion: The Spiritual Lives of America’s Nones,” said that by organizing on the streets rather than in religious buildings, Gen Z is simply engaging spiritually. ‘a way that confuses traditional worship practices. Although a majority of Drescher’s students at Santa Clara University identify as non-religious, she says, they describe live something transcendent in a “spiritually rich Black Lives Matter movement” as well as other social justice initiatives.

RELATED: Gen Z Keeps The Faith. Don’t expect to see them at worship.

New data from the upcoming Springtide Research Institute report, “The State of Religion and Youth 2021shed light on this point. Springtide surveyed more than 10,000 young people between the ages of 13 and 25 about their spiritual practices, finding that more than half (58%) said they had participated in acts of protest as a religious or spiritual practice, 39% claiming to engage in spiritually inspired activities, acts of protest at least once a month.

People take part in a campaign for the poor in Washington on August 2, 2021. RNS photo by Jack Jenkins

We at the Poor People’s Campaign are not surprised by Springtide’s findings, for in our work we continually meet young people who are both spiritually engaged and eager to challenge injustice. What is striking is that they also say they have received little support in their beliefs from organized religion. Rather, many young people today see organized religion as a dangerous force, a force that distorts the teachings of Jesus or the Koran.

Instead of a place of worship, the so-called no’s who have strayed from organized religion connect with others and seek answers to life’s biggest questions. Moral Mondays or a local section of the Sunrise movement, or by demonstrating alongside Fight for $ 15 of workers who cry justice in the streets. Protest is an act of worship in a society where much of organized religion has adapted to a culture that accepts injustice as inevitable.

While they have left organized religion behind, they have retained important parts of the inherited tradition: the songs that have been transmitted in churches often find a new resonance. The scriptures preserved for millennia in synagogues breathe new life when they proclaim: “Woe to those who legislate evil and deprive the poor of their rights.

In this way, Generation Z continues to define and redefine what it means for them to live out their spiritual beliefs. Protest is their proclamation of values ​​and their spiritual practice.

Significantly, protests tend to include individuals who identify with a wide range of religious traditions and those who do not identify with any. The diversity we see in Gen Z resembles what we see in fusion movements, where people from all geographic, religious and racial backgrounds come together to take a stand against injustices.

RELATED: Voting is an Alliance. We will use our chairs to demand that it be supported.

Obviously, part of this can be explained by Gen Z’s commitment to digital communication, which opens the door for them to learn the stories and struggles of others. When learning about the struggles of others, especially those due to systemic injustices, it is not uncommon for people to want to help. When we are able to view injustices to a member of the community as injustice to the collective, it tends to trigger action.

The change reflected in the Springtide data is indicative of the awakening we need to experience as a society. “A little child will lead them,” the Bible says, and it is actually the young people who say with their words and their bodies that they do not want to be part of religious traditions that accept injustice. They are determined to be part of movements that claim the values ​​of love, justice and mercy and put them into practice.

(Josh Packard (@drjoshpackard) is Executive Director of the Springtide Research Institute and author of “Church Refugees”. Reverend William J. Barber II (@RevDrBarber) is President of Repairers of the Breach and Co-Chair of the Poor People’s Campaign. The Reverend A. Kazimir Brown is National Director of Religious Affairs for Repairers of the Breach and is on staff at Metropolitan AME Church in Washington. The opinions expressed in this commentary do not necessarily reflect those of Religion News Service.)