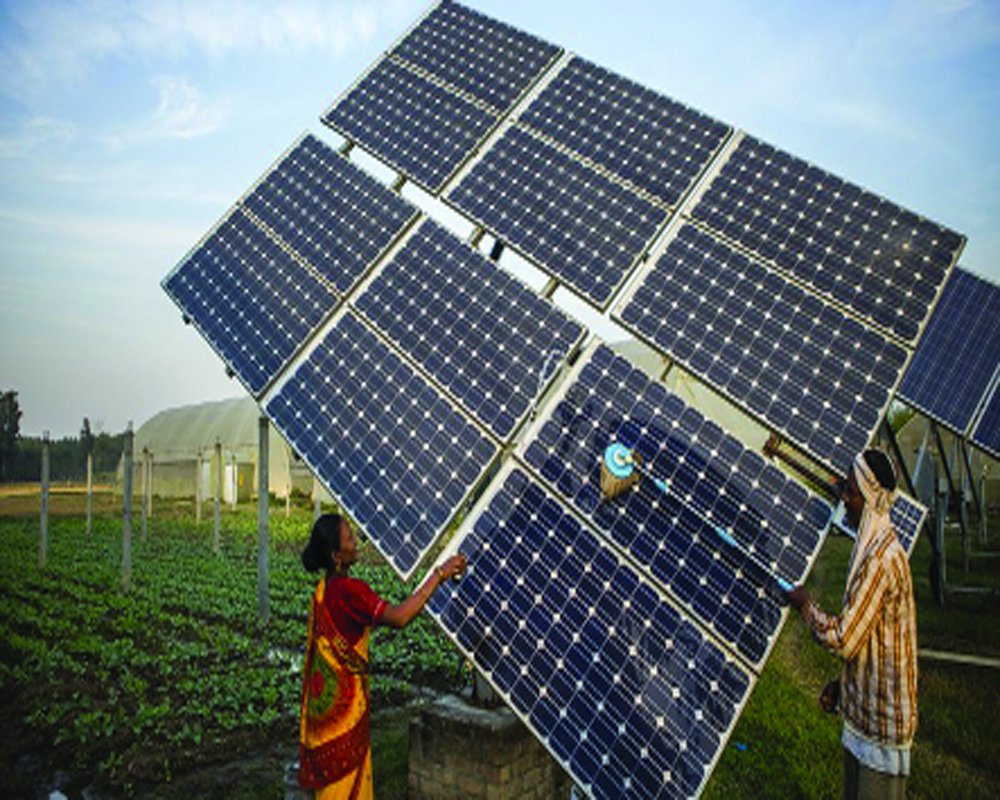 Trees can absorb four tonnes of CO2 in 40 years. A forest is considered a carbon sink if it absorbs more carbon than it emits

India is the world’s third largest producer of renewable energy and the third largest consumer of electricity. As the country progresses, per capita electricity consumption is likely to increase sharply. Consumption of coal, gas and crude oil is also expected to increase. At present, solar and wind power produce less than 13% of the total energy consumed and the rest comes from coal, oil, nuclear, etc. The main cause of the greenhouse effect is the burning of coal, natural gas and petroleum to generate electricity and heat. global gas emissions.

Would it be possible to produce all the electricity we need without emitting additional greenhouse gases?

India emits 83% of greenhouse gases. In addition, India’s population growth will increase the demand for food, which in turn will require more urea and irrigation, and the use of the Haber-Bosch process to produce urea will exacerbate emissions of greenhouse gas. Therefore, it is necessary to switch to less CO2 intensive energy. Developed countries like the United States and Western Europe have the potential to reduce greenhouse gas emissions through appropriate measures and specific innovations because their research and development budgets are relatively large for this purpose. Getting carbon-free electricity will be a huge challenge for India because to achieve zero emissions all of our electricity must come from non-emitting sources. Solar, wind, hydro, biomass and geothermal energy can provide energy without causing global warming.

While natural gas plants are operating, they have to buy fuel, and the price of fossil fuels does not reflect the cost of climate change in terms of greenhouse gas emissions. Solar and wind power are intermittent sources. The maximum conversion capacity of solar energy is only 33 percent. They cannot generate electricity 24 hours a day, which is why their storage and generation costs must also be taken into account. Batteries used in off-grid solar systems can be charged during the day and used at night. It is a reasonable solution for using solar energy throughout the day, but it is also quite expensive due to the costs associated with the battery and its lifespan, which will determine its contribution to the electricity bill. and the public treasury.

Solar electricity production is significantly lower in winter than in summer. The production of solar and wind energy is totally dependent on natural circumstances. Even under bright sunshine and strong winds, production will always be less than installed capacity due to intermittent downtime caused by maintenance. To get as much sunlight as possible, we need a lot of solar panels which take up a lot of space, and some roofs are not big enough to accommodate them, so space is also an issue. Location is also increasingly important in solar power. Our facility needs to be extended several times compared to the current one.

While nuclear power could be a solution, it is risky and capital intensive.

Intermittency is the main reason zero carbon electricity is so expensive. For this reason, the state aims to produce more renewable electricity by combining solar and wind power with other options like gas power plants, which is a necessity for cities and towns. It can be argued that the network – one connected network is the solution, but in practice this is not feasible, at least in the near future.

To use renewables more efficiently and produce carbon-free energy, we need to invest more in research and development. In addition, issues such as widespread poverty reduction, education, health, clean water, water for sanitation and job creation require more money to be diverted to address these issues. problems, which in turn can negatively affect investments in research and development. Even taking into account the government’s efforts to promote clean energy, new innovations will be needed to remove its brakes. Diffusion of innovations requires R&D expertise but also a long period of persuasion, decision-making and implementation which will take a considerable amount of time.

Therefore, conservation, afforestation, and sustainable forestry practices are also the most effective and cost-effective ways to curb carbon emissions.

Trees can absorb four tonnes of CO2 in 40 years. A forest is considered a carbon sink if it absorbs more carbon from the atmosphere than it emits. Photosynthesis absorbs carbon from the atmosphere. It then settles in forest biomass (such as trunks, branches, roots and leaves), in dead organic matter (litter), and in soil and microorganisms. This process of carbon absorption and deposition is known as carbon sequestration.

(The author is a former IFS official. The opinions expressed are personal.)