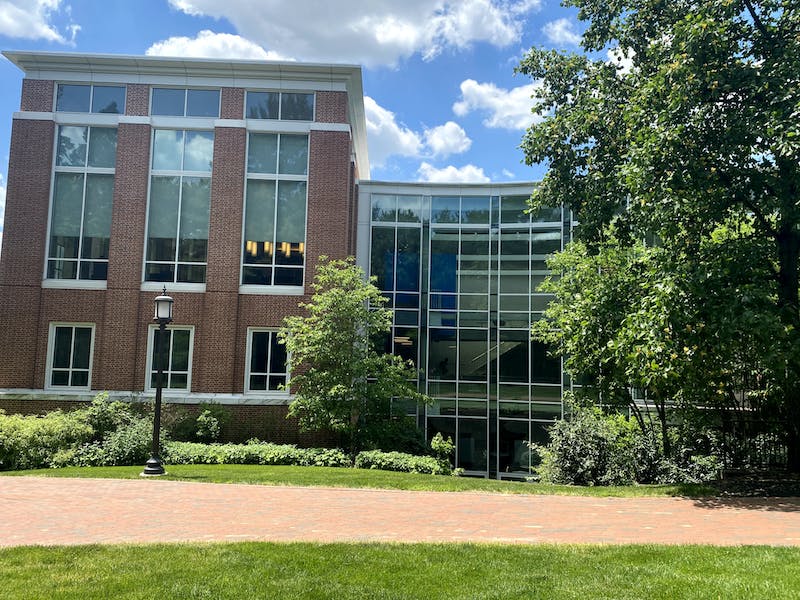 The Aronson Center for International Studies hosted its third event of the semester, titled â€œClimate Change and Capitalism: The Cost of Our Modern Way of Lifeâ€ on October 25.

The event was the first panel of the semester, featuring Sarah Jordaan, professor of energy, resources and environment at the School for Advanced International Studies and international activists Lana Weidgenant and Sophia Kianni.

Weidgenant spoke about the role of young people in the climate movement.

â€œA lot of young people aren’t the ones who made the decisions that got us to this point. The impacts of climate change will become stronger and have the greatest impact on the younger generations, â€she said. â€œYouth-led nonprofits tend to think about the climate [through] an approach of justice. For the sake of intersectionality, many [youth-led] organizations do not advocate for carbon taxes because of the impacts on the poorest communities.

Kianni echoed Weidgenant’s comments. She said that young people collectively feel a greater sense of urgency and that the major strikes organized by the young people have helped to bring significant attention to the issue of climate change.

â€œYoung people lose nothing by defending the planet because they are not held back by lobbying,â€ she said. â€œYoung people are pushing politicians to act.

Jordaan reflected on climate talks of the past, noting that there is now less denial of climate change. She said while the world hasn’t made enough progress yet, the conversations have changed dramatically thanks to young people.

Jordaan explained how the overall impacts can be reduced and discussed some policy options. She underscored the need for policy sets to work in tandem rather than as separate policies and explained that these collective actions are possible.

Freshman Nicholas Meeker highlighted how the panelists’ comments on youth participation and individual roles in the fight for climate justice resonated with him in an interview with The News-Letter.

â€œComing from California, I have experienced many climate related disasters that have affected my hometown,â€ he said. â€œAs a result, I came to value environmental resourcefulness in everyday life.

He also learned the importance of implementing sets of policies rather than individual policies from the panelists.

â€œI hadn’t considered the potential impact of taxes on low-income families. I lacked that nuance towards these pre-interview policies, and I found this approach intriguing, â€he said.

The panelists also answered questions from the audience. They questioned whether it was ethical to blame certain entities, if at all. Jordaan suggested that there are some actors more responsible for climate change than others and that society needs to work to hold companies accountable.

Weidgenant and Kianni both discussed the importance of engaging with climate justice organizations to address the impacts of responsible actors. Kianni in particular mentioned that individuals should actively participate in the political process, attend protests and pay attention to elections.

Weidgenant argued that fighting for climate justice requires addressing the roots of climate change, not just the fallout effects.

â€œIf we just correct the symptom, we will have another climate crisis. [We need] a system that works more accurately [and with] more intersectionality, â€she said. â€œWe have to have this bigger change. The end goal must be to create a different system that will not get us there.

In an interview with The News-Letter, Emily Mehler, Co-Chair of the International Studies Leadership Council (ISLC) Lecture Series Committee, explained why ISLC chose to host this event.

â€œIt was really important to choose hot topics,â€ she said. “Because of [the Universityâ€™s] strong [science, technology, engineering and math] focus and its community of international studies, the issue of climate change touches a wide audience.

She also discussed the impact the speakers had on her as well as on the attendees.

â€œThey have made practical changes that can be implemented in the lives of students. ” she said. â€œTheir understanding [and explanation] equitable climate change was extremely important to our diverse student body.