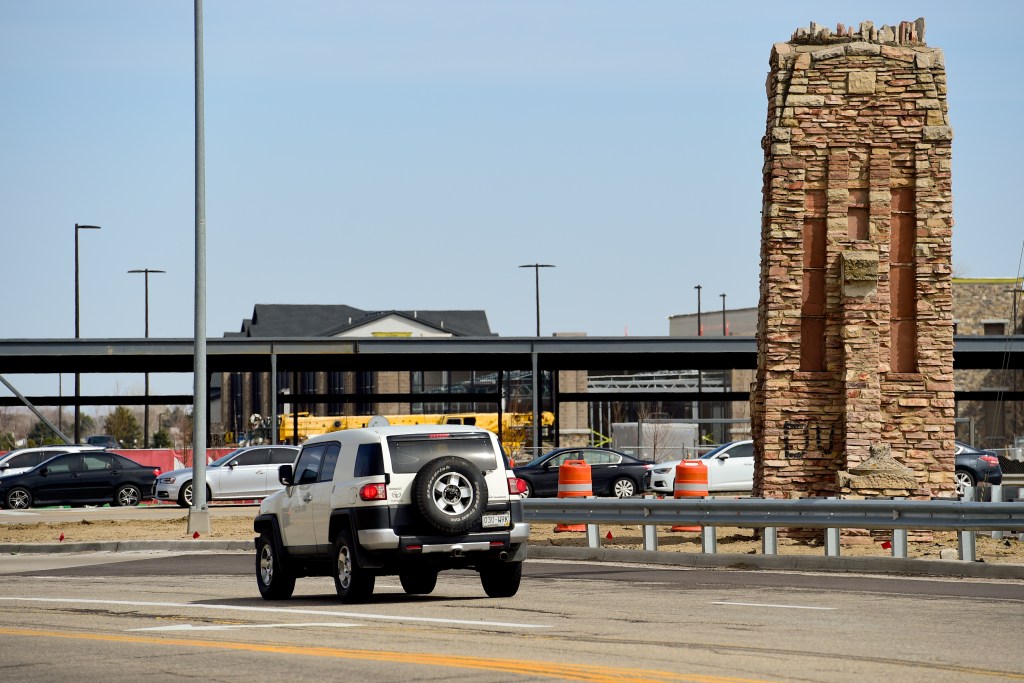 Relocation and restoration – these are just two of the suggestions offered to save the two historic pillars that stand in Lafayette.

A public forum was held April 12 to help determine the future of the two pillars that stand sentinel at the Arapahoe Road – US 287 intersection in Lafayette.

The pillars have been the subject of community discussion since a project to reconfigure the intersection put the pillars, which were built in 1921, at risk of deterioration.

Gail Elias was one of 30 community members who came to the meeting with overarching ambitions for the Pillars’ future.

Elias, who is the Regent of the Indian Peaks Chapter of the Daughters of the American Revolution, has expressed interest in restoring the pillars to be used as a site of reflection and learning.

“We have a unique opportunity to go back and examine the original intent of these towers,” Elias said.

“They’re a memorial to the men and women who also served in World War I. We had 1,530 people from Boulder County serving, and 24 of them didn’t return,” Elias said. “This may be an opportunity to provide insight into how these towers came into existence, and who and what they represent.”

Lafayette Historical Society board member Gerry Morrell proposed that the pillars be moved to another prominent location, such as Legion Hill.

“We have to think of appropriate places that show respect for these towers,” Morrell said. “These towers must be there for another 100 years.”

A community member who did not identify himself suggested that the pillars be incorporated into a more obvious memorial.

“There is a difference between a pile of stones on the side of the road and a memorial. I would say a lot of young kids, the new generations are the ones we need to talk to for the next 300, 400 or 500 years. So that means we have to find a place where we can create a memorial – not just a few piles of stones,” he said.

William Meyer of the Boulder Rotary Club, who moderated the discussion, raised the issue of funding when it came to moving the pillars.

“Moving these pillars and re-erecting them will likely cost somewhere in the half-million dollar range. This money will not be readily available. We can try to lift whatever we need, but we’re not talking about an insignificant construction project if we try to move the pillars,” Meyer said.

A cost estimate provided by Building Restoration Specialties, Inc. for the Colorado Department of Transportation estimated that the total cost of dismantling, moving, and reassembling the pillars to a new location would cost $718,196.

The cost of using a crane to pick up the pillars and then move them in full sections is estimated at $450,172.

Another option suggested at the meeting was to move the pillars to Boulder. By moving the pillars to the CU Boulder campus or Pearl Street Mall, the costs of reassembling the pillars would eventually be covered by the University of Colorado or Boulder.

However, this option was taken off the table when several community members objected to the idea of ​​moving the pillars to Boulder.

“I personally wish they stayed at that end of the county,” one attendee said.

“Boulder has it all!” Let’s save something for ourselves, ”joked another.

Members of a mitigation team will now review the suggestions from the community forum and develop a plan for the future of the pillars that incorporates community response as well as the desirability and feasibility of the proposed suggestions.