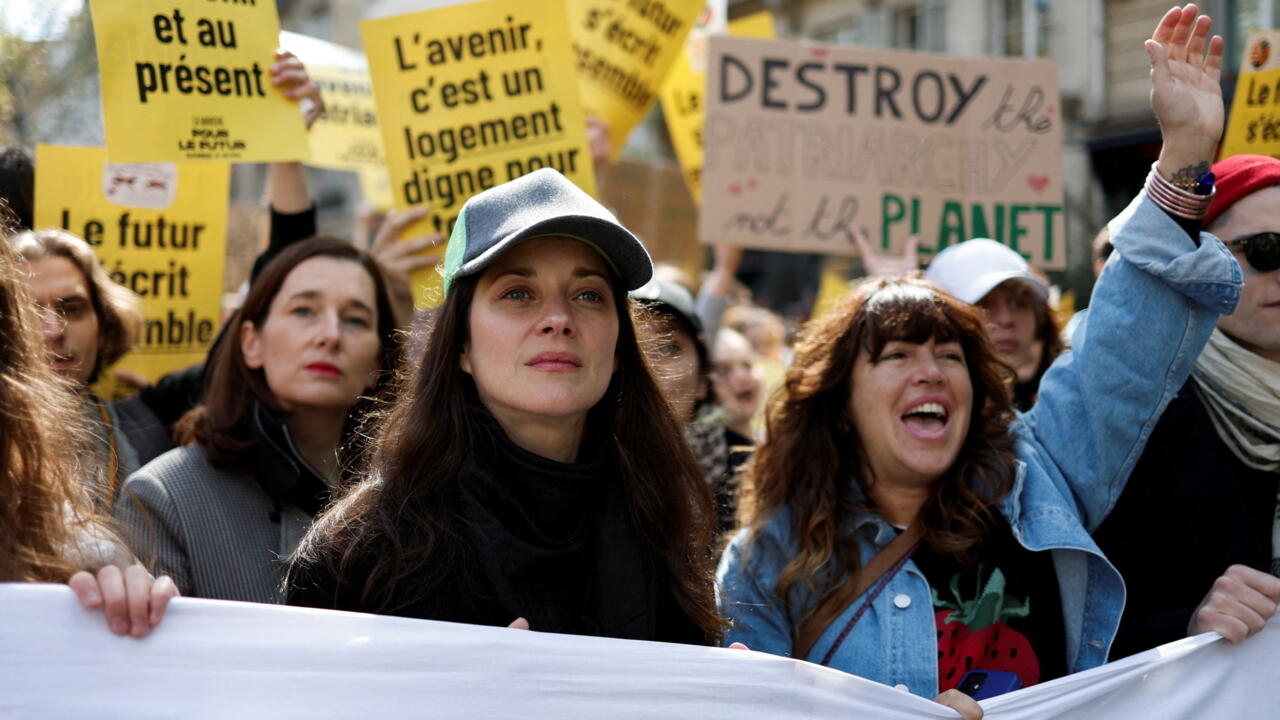 Thousands of people took to the streets of major cities across France on Saturday afternoon to “March for the Future” and reiterate the importance of social justice and the fight against climate change. Many believe the environment did not weigh heavily enough in the debate ahead of Sunday’s first round of presidential elections.

From Paris, Lyon, Bordeaux, Rennes, to Montpellier… dozens of environmental, anti-racist, feminist and association groups have come together to share their common message with the rallying cry “justice, climate, equality and peace”.

“It is to show that at the end of this presidential term, and at the beginning of a new one, all these problems have the same cause. And even if we cannot speak directly about the candidates today, it is an opportunity to discuss themes that were overlooked during the campaign.”

Let’s go for 84 events throughout France: an unprecedented alliance between the struggles for the climate, social justice, anti-racism, anti-precariousness and feminism!


French law stipulates that candidates are not allowed to campaign the day before the election, and a media blackout is in effect.

Despite this, Green candidate Yannick Jadot was spotted among the marchers, while far-left candidate Jean-Luc Mélenchon also called for a brief encounter, his team said.

In Paris, we could see supporters of the Yellow Vests marching alongside climate defenders for a participation of more than 5,000 people according to the police, closer to 35,000 according to the organizers.

Banners reading “Red alert for a greener future” or “Let’s isolate homes, not people” could be seen in the crowd.

For Astrid, 26, there is no time to lose in the face of global warming.

“It’s a cry from the heart, for them to realize that we are serious about this and that we don’t care about the rest. It’s an emergency, it’s for our survival. The animals may be able to -be survive but we won’t be able to adapt,” she told France Info.

After a massive rally on March 12, the slogan “Look Up” emerged, taking inspiration from the movie “Don’t Look Up” directed by Adam McKay, starring Leonardo DiCaprio, Jennifer Lawrence and Meryl Streep among other celebrities.

The Netflix production shines a cruel light on modern-day politics and the disastrous consequences that await humanity in the face of unbridled climate change.

For the organizations involved, the film succeeded in “bringing the big issues back into the public debate”.

End of the world as we know it

In Lyon, where around 2,000 people gathered, the words “don’t throw oil on the fire”, and “they destroy the living, let’s destroy the powerful”, were displayed next to the large planet symbol of Greenpeace.

“End of the world, end of the month, same fight,” read another banner from the pan-European group Alternatiba, one of the main organizers of the event.

Under the Bordeaux sun, some demonstrators expressed their concern over the latest scientific report published by the UN’s Intergovernmental Panel on Climate Change (IPCC) on April 4.

“Whatever happens at the polls, it’s too late. IPCC experts have given us three years to reverse the trend on carbon missions”, spokesperson for “There is still time” and environmental activist network Extinction Rebellion.

This thought is prominent in the minds of many protesters, as they face the grim outlook of the report for the planet calling for a radical change in the economic structure.

“It’s very scary,” Julie, 26, told French media at the rally in Paris. “There have been reports for years and they have not been addressed. Today, the conclusion is unavoidable, it’s now or never.

Open your eyes, look up

“The climate emergency is now undeniable; but instead of facing the truth and taking responsibility, political leaders and corporations are deliberately looking the other way, even squandering even hope for a just and bearable future,” the organizers wrote on Facebook.

Citizens are therefore encouraged to “open their eyes, considering the next five years as decisive for raising the bar”.

“The fact that we see a lot of young people here gives me hope,” Chloé told France Info. “We have no choice, if we do nothing, we will hit the wall.

“We have to change our way of life, and this must be accompanied by our policies, it can’t just be individual actions”, adds Serge, a researcher in biology.

“When we see that flying is cheaper than taking the train, then we have to make a political decision.”

One thing most of those present agree on is that the coming years will be crucial for the environment, no matter who is elected to power in the election.

“We try to get people to walk with us, but it’s really hard,” says Nicolas, an activist from a civic group.

“A lot of people have Covid, and others are recovering after catching Covid. There are also a lot of political party supporters resting after the campaign period.”

“Today is a warm-up for the post-election period,” he said.