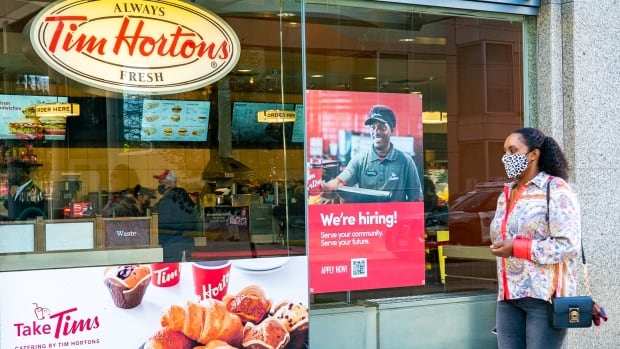 Scott Florence, executive director of the Sudbury Workers Education and Advocacy Center, said the 10 cent increase in Ontario’s minimum wage to $ 14.35 an hour is a “symbol” and insufficient because the costs of basic commodities such as food and rent continue to rise.

“You know, in a lot of these low wage minimum wage jobs, we say, ‘Oh, these guys are heroes, they were frontline workers, all these grocery store workers, they kept us going. ‘”said Florence.

“We recognized how essential these workers really are, and yet we don’t pay them enough to live on. Many people in minimum wage jobs need two or even three jobs to make ends meet because these jobs minimum wage are generally not full-time either. “

Florence said her organization, which advocates for workers in precarious positions, worked with the Ontario Living Wage Network to determine the Living Wage for Greater Sudbury.

Living wage determines what a family with two working adults working full time and two children would need to cover rent, utilities, food, clothing, extracurricular activities, and one night per month for adults.

Florence said Ontario’s minimum wage languished for almost a decade before the Liberal government of Kathleen Wynne raised it from $ 11.60 an hour to $ 14 an hour in 2018.

The world has not ended, “said Florence.” The economy has not weakened. In fact, Ontario’s GDP increased that year and unemployment went down.

On Monday, CBC News asked Ontario Labor Minister Monte McNaughton for his message to minimum wage workers about the 10-cent-per-hour increase. He did not directly address the wage hike, but spoke about the labor shortage in Ontario.

“I don’t want to create an economy of minimum wage jobs. That’s why, for example, I encourage people to look to the skilled trades, ”McNaughton said. “We need people to be trained for the jobs in demand that will pay more so they can support their families.”