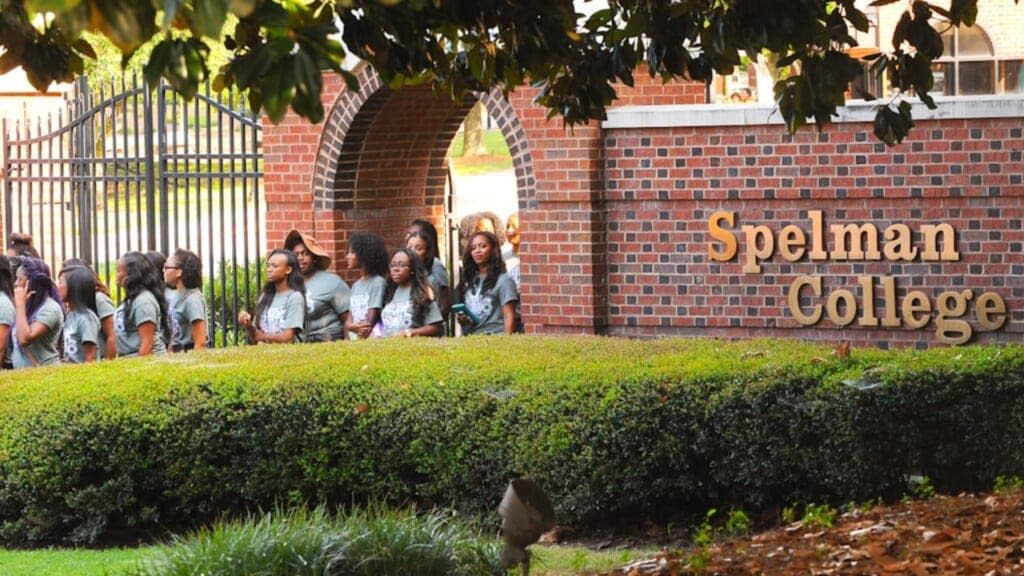 Mastercard announced Wednesday that it will provide $ 5 million in grants to Morehouse College and Spelman College to help universities develop black entrepreneurship centers.

The multinational financial services company said the grants were part of its Commitment 2020 to invest $ 500 million to help close the gap in racial wealth and opportunity for black communities across America.

The the company declared that historically Black Colleges and Universities (HBCUs) play a critical role in the training and development of black entrepreneurs and are in a “unique position” to engage the black community across generations.

“For more than a century, HBCUs have played a critical role in developing professional talent and creating economic mobility in black communities,” said the senior vice president of social impact at Mastercard, Salah goss.

“By investing in HBCUs, Mastercard is intentionally choosing key institutions that we believe can be a catalyst to strengthen our commitment to ensuring that the digital economy works for the black community and for everyone, everywhere,” continued Goss. .

Following widespread calls for racial justice that arose after the summer protests in 2020, many companies have pledged not only to support black communities, but also to invest in initiatives that will create a more equitable environment for them. all.

Companies like Apple, Target, Facebook and other big companies joined a $ 50 billion commitment in 2020 towards racial equity, by pledging to donate to civil rights organizations and invest in communities of color.

Since then, the majority of funding has come from two banks – JPMorgan Chase and Bank of America – with the other companies either gave marginal amounts or not at all.

“Because these are commitments, there isn’t a single entity that will hold these organizations accountable,” said the associate dean of Indiana University, Una Osili, to the Washington Post.

Besides, some companies have pledged to increase the number of black employees in their ranks, while others are pushing back calls to publish diversity reports.

“I wonder about the follow-up – whether the will will be there in three or four years to continue raising these issues,” Osili added.

Mastercard said it is dedicated to designing programs that will have a transformational impact on the economic growth of black communities.

The company said the Spelman and Morehouse CBEs will be located in new facilities on both campuses, which are nestled in the second most densely populated city in terms of black American population: Atlanta.

The grant will also support hiring of faculty, an online program, experiential classes and a pitch competition, as well as digital training and access to the company’s global startup engagement program.

Mastercard has established a partnership with the Black Economic Alliance Foundation (BEA), a non-profit organization that supports and campaigns for the economic progress and prosperity of the black community, for this initiative.

Have you subscribed to the Grio’s “Dear Culture” podcast? Download our latest episodes now!

The post office Morehouse and Spelman to receive black entrepreneurship grant from Mastercard appeared first on The Grio.