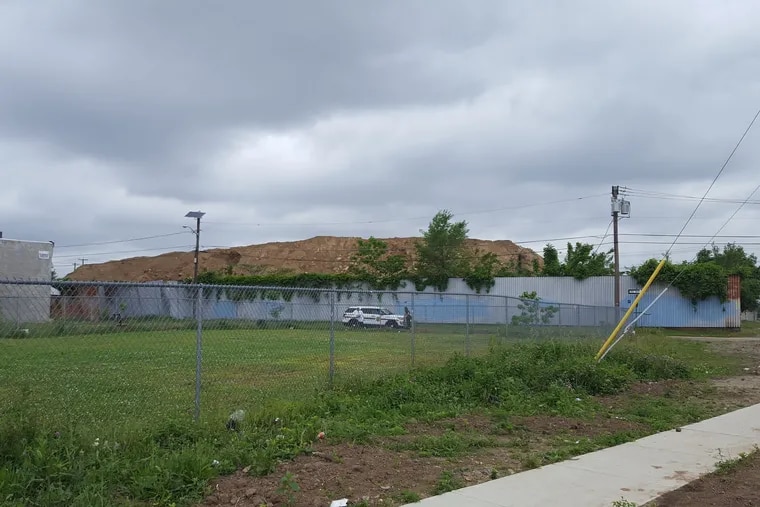 New Jersey officials have asked a court to order the immediate clean-up of an illegal landfill in Camden that is made up of multi-story contaminated waste and that “spans neighboring properties, sidewalks and roads, threatening the safety and health of local residents and the environment, ”they say.

“No community in New Jersey should be used as an illegal landfill, and no resident of this state should have their health and safety endangered by an illegal landfill near their home,” said Acting Attorney General Andrew J Bruck in a statement, adding, “We cannot achieve racial justice without environmental justice. … “

Bruck and Department of Environmental Protection Commissioner Shawn LaTourette filed the action Monday in Superior Court in a state civil action brought in May against S. Yaffa & Sons Inc. for what the state calls “the decades-long failure to comply with environmental laws and regulations.” , which continue to expose the community of Camden to pollution and other environmental and public health hazards.

The state’s initial lawsuit alleged that S. Yaffa & Sons and its owner, William Yocco, “illegally imported and stored solid waste – including contaminated soil, construction and demolition debris, and used tires – on owned by the Town of Camden for years before selling the site to Weyhill Realty Holdings in July 2019. ”

Weyhill then failed to remove the waste and continued to allow the dumping at the site, the state says.

A representative for Weyhill could not be reached immediately for comment.

The lawsuit noted that the area surrounding the property “has a large low-income and minority population. Historically, across New Jersey, these communities have been disproportionately exposed to highly polluting facilities and the threats resulting from high levels of air, water and soil pollution, and the potential for increased impact. on public health.

The site, once used for scrap metal operations, is in the 600 block of Chestnut Street in Camden, about three-quarters of a mile east of the Delaware River, and contains a 500-gallon unleaded gas tank. which has never been properly closed, depending on the condition. Officials say the tank poses a risk of leaking into the ground.

According to the lawsuit, the DEP inspected the site on several occasions between 2002 and 2021, finding “numerous repeated violations” of various regulations.

In recent years, inspections have found concrete, bricks, blocks, soil and other materials piled up, as well as tires. Yaffa & Sons was cited for the gas tank and other violations, was fined $ 4,500 and ordered to rehabilitate the property, which would include the proper disposal of debris from construction and tires.

In November 2020, state inspectors collected 10 soil samples from various locations on the site, which “contained at least one hazardous substance at a concentration in excess of DEP standards, including standards for polycyclic aromatic hydrocarbons ( ‘PAH’) and metals, ‘the lawsuit states. “PAHs and metals are both carcinogenic and have been shown to cause damage to the liver, kidneys and other organs. “

DEP officials ordered Weyhill in December 2020 to immediately stop accepting more solid waste. However, officials returned to the site in February and “observed the continued mixing of construction and demolition debris with the soils.”

The five-count lawsuit requires Yaffa and Weyhill to properly shut down the storage tank, create a site closure plan, and investigate all hazardous releases from the site. The state is asking for civil penalties and unspecified legal fees.

In addition, Camden issued an abandonment order for the site in April. However, the huge mound of garbage remains.

On Monday, with the state-amended filing, authorities are asking the court to order the immediate disposal of solid waste, dust and debris that has moved from the site to a nearby house; repair and restore fences; remove debris that has accumulated on sidewalks, roads and elsewhere; stabilize the solid waste pile for fear that it will collapse and create a contaminated “landslide” in the neighbor’s yard, or on streets, sidewalks and alleys.

“Those who violate our waste laws don’t just harm our environment, they harm the spirit of our communities, saying that our fellow New Jerseyers somehow deserve less of the natural beauty and protection of the environment, “La Tourette said in a statement.