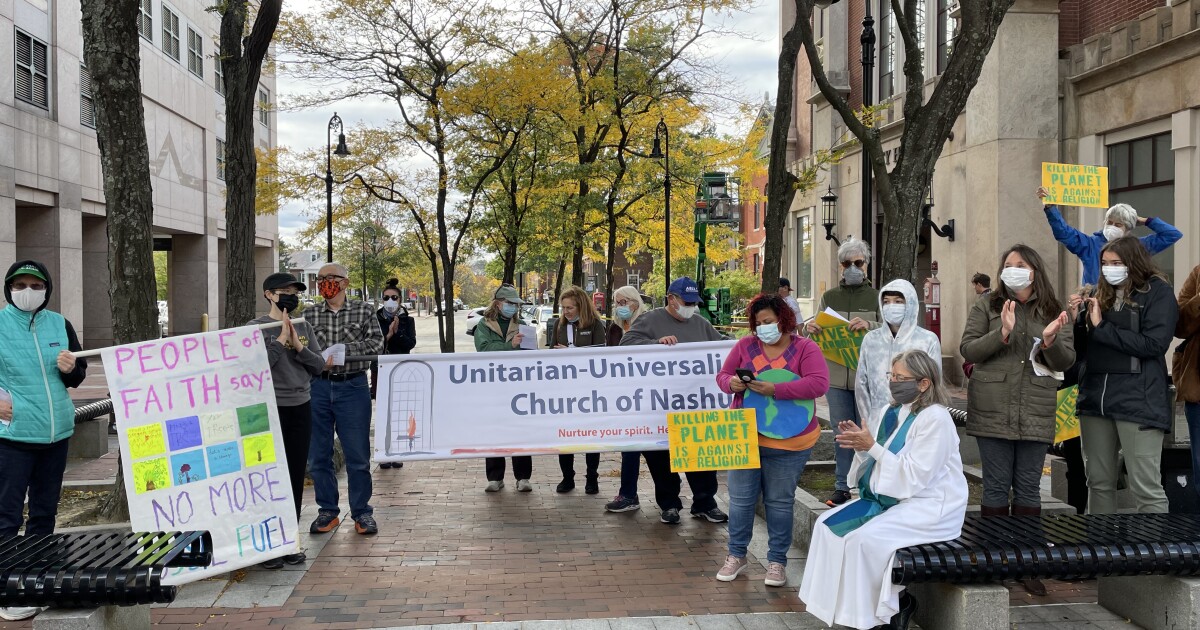 Receive NHPR reports on politics, the pandemic, and other hot topics delivered to your inbox – sign up for our newsletter today.

Participants gathered outside Manchester Town Hall to demand divestment from carbon mining, investment in green jobs and more climate change education, ahead of the 26th United Nations Change Conference climate which begins in Glasgow on October 31.

Reverend Heidi Carrington Heath, Executive Director of the New Hampshire Council of Churches, spoke at the event. She told NHPR that her faith drives her to take action on climate change.

“We all owe it to each other, to our communities, to take care of the planet. And in my case as a Christian minister, my faith commands me to do this work, because we have received this creation that we must take care of, ”she said.

“It can’t wait any longer,” Tristan Husby, executive director of Unitarian Universalist Action New Hampshire, told the crowd. He cited a recent to study which says that children born in 2020 could experience seven times more extreme weather events than people born in 1960.

State Representative Maria Perez also attended the event and told the crowd that climate change is an immigration justice issue, with thousands in attendance already displaced by the climate crisis.

As a Christian, she told NHPR that her faith is part of her passion for climate action.

“We continue to abuse our planet,” she said. “If we believe in something, if we have faith, and we believe in humanity, then we have to start addressing the issues of climate change,” she said.

The group delivered a letter to Chase Bank, saying the company should measure, report and reduce greenhouse gas emissions associated with its loans. They called on the bank to make it a prerequisite for funding customers in the coal, oil and gas sectors to stop the expansion of fossil fuels, among other goals.

GreenFaith, the organization that spearheaded the effort, said communities have organized more than 500 events in 43 countries.