Seven years after its filing, the Commission on Human Rights (CHR) has finally released its report into the national climate change inquiry filed by the petitioners to urge the Commission to determine whether the world’s largest producers of fossil fuels and cement (“Carbon Majors”) can be held liable for human rights violations resulting from the impacts of climate change.

The petitioners, made up of climate activists, typhoon survivors, farmers and fishermen, among others, filed the petition at the CHR in an attempt to frame climate change as a human rights issue, and were the first such petition to be accepted by a National Human Rights Institution (NHRI).

Several hearings, submissions and evidence later, the Commission on Human Rights released its 160-page report, which sets out in detail two very important things: one, that climate change is a human rights issue male ; and second, that the Carbon Majors can be held accountable for their human rights abuses. The report may also be cited as precedent in subsequent court cases around the world.

Although released late, the report is a great victory for the environmental and climate justice movement, especially as we strengthen our resolve to address the climate crisis, here in the Philippines and around the world.

A battle cry of many climate activists and environmental workers for years, it is a victory to see human rights institutions recognize this important – and fundamental – truth. Recognizing that climate change is a human rights issue has many implications, including the fact that how to tackle the climate crisis will involve a deep determination to simultaneously protect and promote human rights.

Perhaps one of the report’s most valuable contributions has been its discussion of loss and damage from climate change, that is, the consequences associated with the adverse effects of climate change, including slow and rapid evolution. It also includes non-economic losses, such as, but not limited to, human health, lives, and loss of cultural identity, among others.

The CHR noted the many impacts of climate change on people’s rights, including but not limited to their rights to life, health (physical and mental), food security, water and sanitation, livelihoods, adequate housing and the right to a safe, clean, healthy and sustainable environment. Commendably, the report mentions rights to cultural preservation, noting that “climate change has a particular impact on cultures closely linked to the natural environment”, and using the rituals and cultures of indigenous peoples as examples. .

Furthermore, he spoke about the effects of climate change on equality and non-discrimination, stating that “people who are already socially, economically or otherwise marginalized are the most vulnerable to its impacts due to their high dependence on resources. natural resources, their increased exposure to climate change impacts and the lack of resources to adapt.

Finally, the report examined the impact of climate change on the rights of future generations and intergenerational equity, noting that the lack of urgency in addressing the climate crisis unfairly shifts the burden onto future generations. 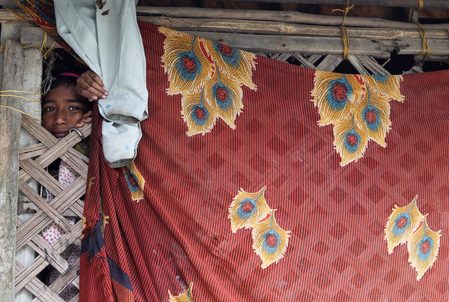 Next, the report spoke of states’ obligations, providing that a balance between environmental security and other legitimate societal interests “does not result in unwarranted violations of human rights.”

Another unpublished discussion was that on the science of attribution. A difficulty in climate litigation is the concept of attribution, which creates a one-to-one correspondence between emission and impact. To this end, the CHR said as follows:[t]Although science cannot yet establish a high degree of accuracy, the causal relationship between GHGs and specific climate-related effects on particular parties is only problematic for establishing legal liability for the purpose of claiming damages. to specific parties, which is a matter for the courts. determine.”

Perhaps one of the most important, if not the main, highlights of the CHR report was the discussion of the responsibility of carbon majors – among others, fossil fuel and agricultural companies – in the context of climate change. He used a study that linked Carbon Majors emissions to the observed increase in atmospheric carbon dioxide and an increase in global average temperature, among other things.

To further discuss their responsibilities, the CHR noted that these carbon majors had had early awareness, advice or knowledge of the adverse effects of their products. Further, that these carbon majors have engaged in deliberate obfuscation and obstruction (including the coal industry’s “story of misleading the public about climate science” and efforts carbon majors to sow “doubt and misinformation about climate change”), which, according to the CHR, “undermined the public’s right to make informed decisions about their products, hiding that their products were causing harm important to the environment and the climate system”. The HRC firmly concluded this paragraph by saying that “[a]All of this has served to obscure scientific findings and delay meaningful action on the environment and climate.

The CHR also found that climate denial, or the denial, rejection or doubt that significant climate change is occurring and that much of it is anthropogenic, continues to persist to this day and could also be a source of liability.

CHR said these carbon majors, especially those under Philippine jurisdiction, could be compelled to perform human rights due diligence and provide remedial action. 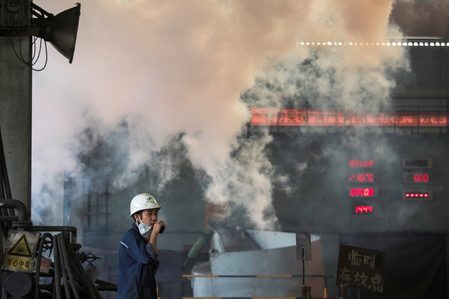 The recommendations of the CHR

The CHR ended its groundbreaking report with a number of recommendations. Despite the successes of the Paris Agreement, which had as one of its main objectives the limitation of the temperature increase to 2 degrees Celsius, preferably 1.5 degrees, compared to pre-industrial levels, the CHR s is echoed by the Intergovernmental Panel on Climate Change (IPCC)’s report that even if all current Nationally Determined Contributions (NDCs) are implemented, “the world will still face a temperature increase of 2.7 degrees by the end of the century”. Therefore, there must be “maximum ambition from all countries on all fronts”.

The Commission further opined that “if the international community takes a business-as-usual approach to climate change, the Philippine experience of the denial of basic rights will become the norm in many countries, if not worse.”

Its recommendations to governments have focused on climate justice, discouraging reliance on fossil fuels and ensuring that all people have the capacity to adapt to climate change, among other things.

This is also, again, a new contribution, which recommends that governments include the military in carbon accounting when developing their NDCs. Where do we go from here?

The CHR report is the first of its kind, and its contribution to the debate on climate change, particularly that on loss and damage, is invaluable. It provided new recommendations, emphasized climate justice and just transition, and defined one by one and in no uncertain terms – rights, obligations and responsibilities.

It can now serve as a precedent and can be cited by courts around the world as we begin to see an increase in climate litigation. We expect that in the months and years to come, more people will come forward to file complaints against Carbon Majors, using the protection of their human rights as a cause of action.

The climate crisis is no longer something to come, it is now with us, and scientists have warned us that the window for climate action is closing fast.

However, all is not lost. We simply need to act urgently, decisively and resolutely. We hope that this report and the recommendations it contains will be a big step in that direction. – Rappler.com

Tony La Viña is the Associate Director of Climate Policy and International Relations at the Manila Observatory. He also teaches law and is a former dean of the Ateneo School of Government.

Joy Reyes is a human rights and climate justice lawyer affiliated with the Manila Observatory.

Yla Paras is a policy expert on traffic regulation and safety affiliated with the Manila Observatory.