Young people around the world are reimagining the future and catalyzing the changes we need today. One thing is clear: more than ever we need to listen to the voices of young people. Over two days of virtual discussions, we heard from five inspiring young leaders talk about their most pressing concerns and the opportunities they see to deliver a fairer and greener world for all.

The event: Salon TED: Reimagine, hosted by Sally Kohn and presented in partnership with the United Nations Children’s Fund (UNICEF)

Cause of celebration: For 75 years, UNICEF has worked tirelessly for children’s rights and the well-being of every child. Whoever they are. Wherever they live. Learn more about their 75-year journey. 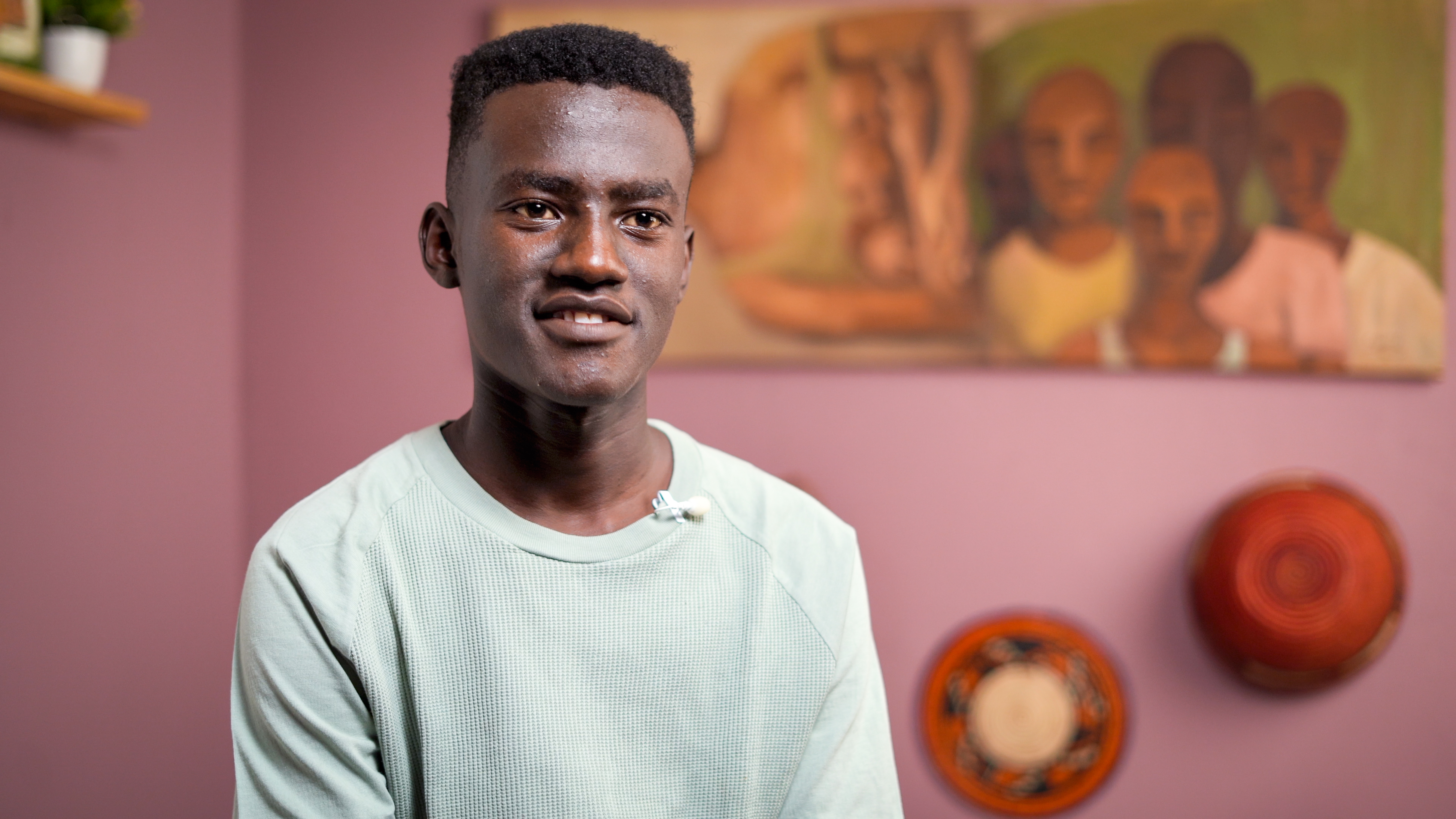 Great idea: For children in refugee camps, school and education are powerful tools of liberation. Makhtoum Abdalla, displaced as a child in Sudan and now living in a refugee camp, uses education as a springboard for his deepest dream: to ensure that all children are educated and acquire the skills to build themselves. a better future and become “the captains of their destiny.”

How? ‘Or’ What? Having achieved one of South Sudan’s highest grade 8 exam scores while living in the Otash refugee camp in Darfur, Abdalla caught the attention of UNICEF Sudan, which l appointed Youth Advocate in 2020. He shares his goals of going to Columbia University to become a doctor and save children from malnutrition and hunger. As a youth advocate, he is a voice for the ambitions of refugee children like himself, championing an education that is easily accessible so that everyone can tap into the world’s most powerful resource: knowledge. 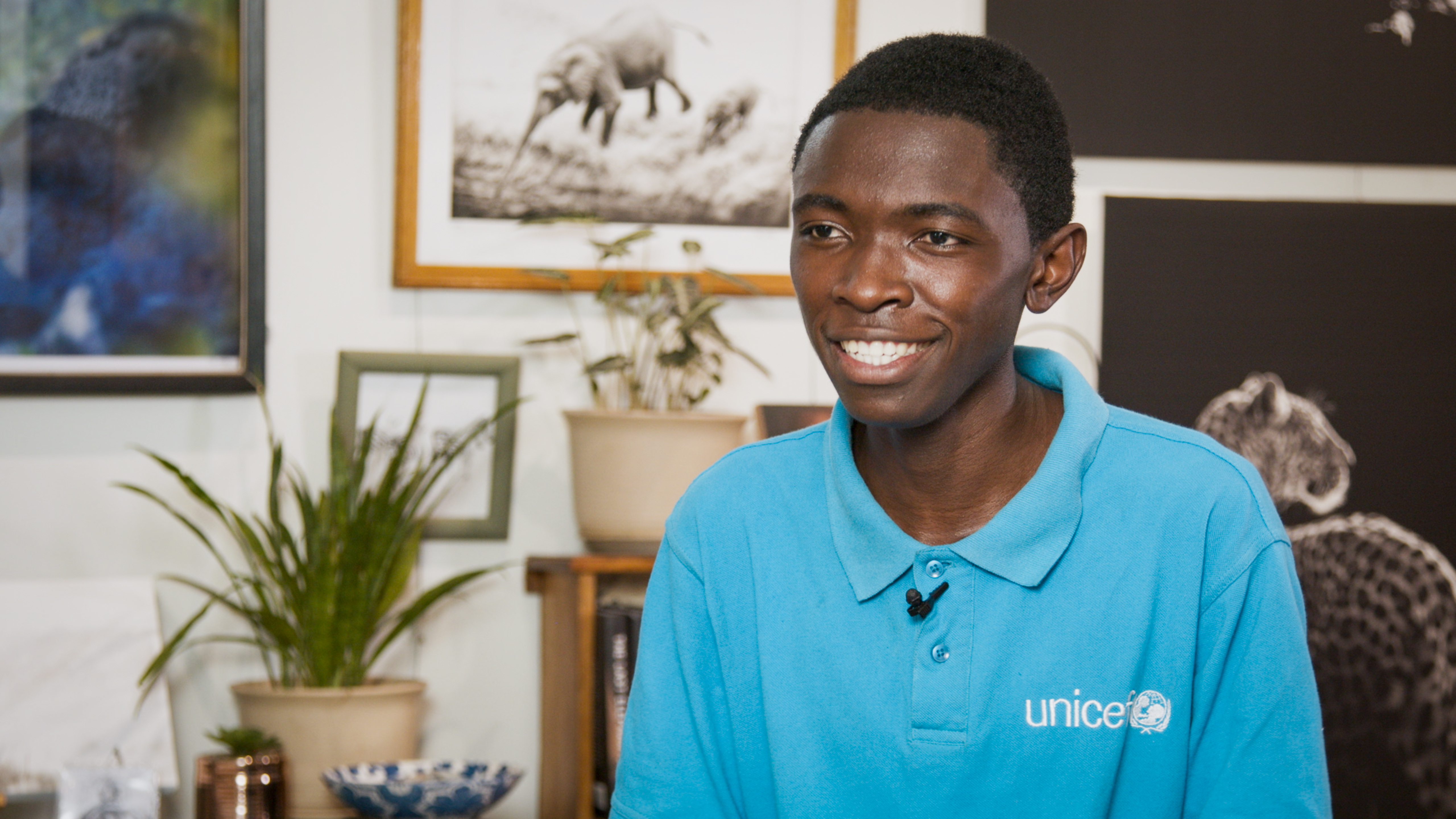 Great idea: Although the climate crisis is largely caused by irresponsible adults in developed countries, it is children in developing countries – like Nkosilathi Nyathi’s Zimbabwe – who are suffering the most from the climate catastrophe. In a world where time is running out of minutes until climate disasters become unstoppable, we must involve everyone in the search for solutions, including the children who suffer the most.

How? ‘Or’ What? Since the age of 10, Nkosilathi Nyathi has engaged young people in the fight to reduce emissions in Zimbabwe and to teach them that even small actions can make a difference. Nyathi believes that a deeper commitment to climate education will give young people the tools they need to find their own solutions and help them implement them once they are discovered. But before that happens, adults need to listen – that’s why Nyathi is mobilizing young people to protest Zimbabwe’s climate policies, and why UNICEF appointed him a youth advocate to help get his message out to people. leaders around the world. 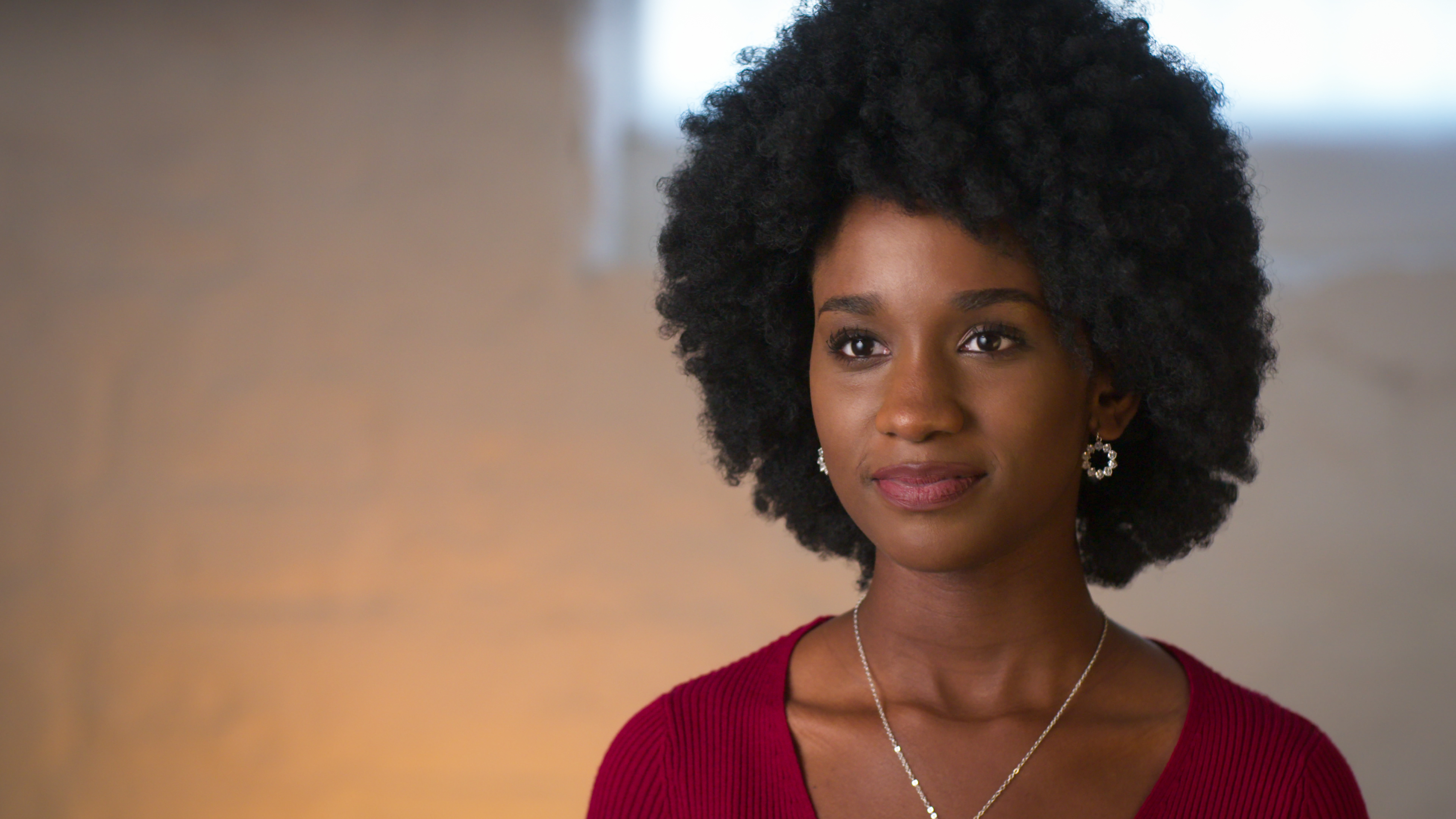 Great idea: Fleeing religious persecution, Elizabeth Zion’s mother and siblings left Nigeria for Ireland – without her father, who to date has been prevented from reuniting with his family in the country where his daughter was born. Without him, Zion’s mother faced not only the difficulties of raising five children as a single parent, but also seven months of homelessness. Zion’s story is not unique – and whenever this story is relived, its tragedy is underscored by the fact that it is entirely preventable.

How? ‘Or’ What? Being raised by a family is a basic human right, which is generally ignored by immigration regulations in countries around the world. Zion’s father has been trying to join her for 18 years – his entire life – and her absence, entirely due to bureaucracy, has been devastating for her family. In order to keep families like his united, Zion says, governments must not only engage in this right, but also open legal avenues – and lower bureaucratic barriers – for families to enter their countries together. , not one by one, that they run away. war, famine or religious persecution. 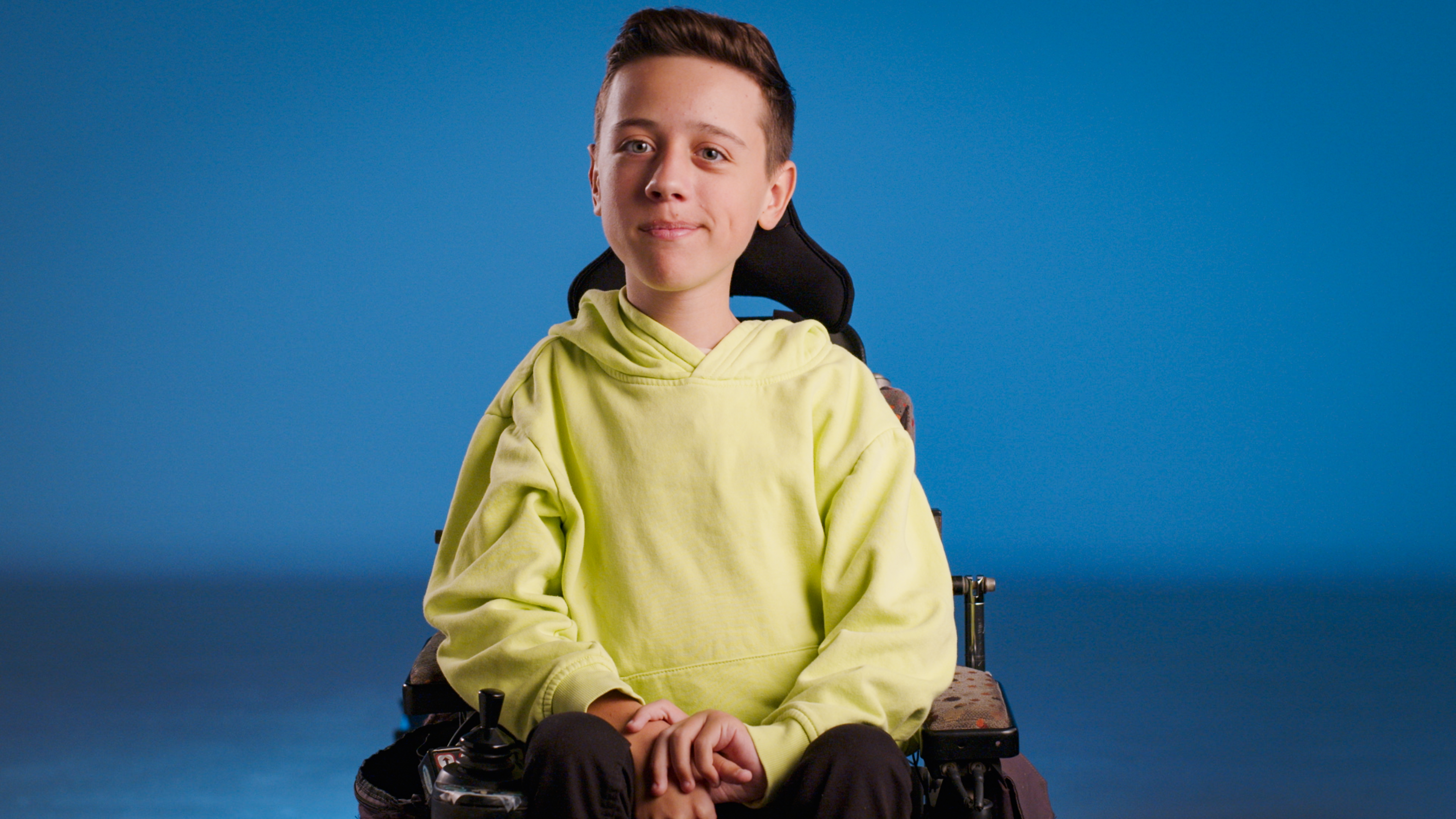 Great idea: Freedom of movement is a human right. We need to make assistive technology available to everyone who needs it.

How? ‘Or’ What? â€œThis chair is my legs, this chair is my life,â€ says 13-year-old activist Jane Velkovski. Born with spinal muscular atrophy (SMA) – a condition that weakens his muscles even as his mind strengthens – he relies on a motorized wheelchair to provide the freedom and independence every teenager dreams of. Most children can walk by age two, says Velkovski, but he wasn’t eligible for a government-provided power chair until he was six. At the age of five, Velkovski says he got lucky when a family overseas sent him an electric chair after their child with ADS outgrown it. But he worries about the other children who are not so lucky. He argues that children need to move around independently from an early age and that policymakers need to provide assistive technology to children with disabilities. â€œI see this world as a playground where people and governments are a team,â€ he says. â€œWe have to make sure everyone is able to play. “ 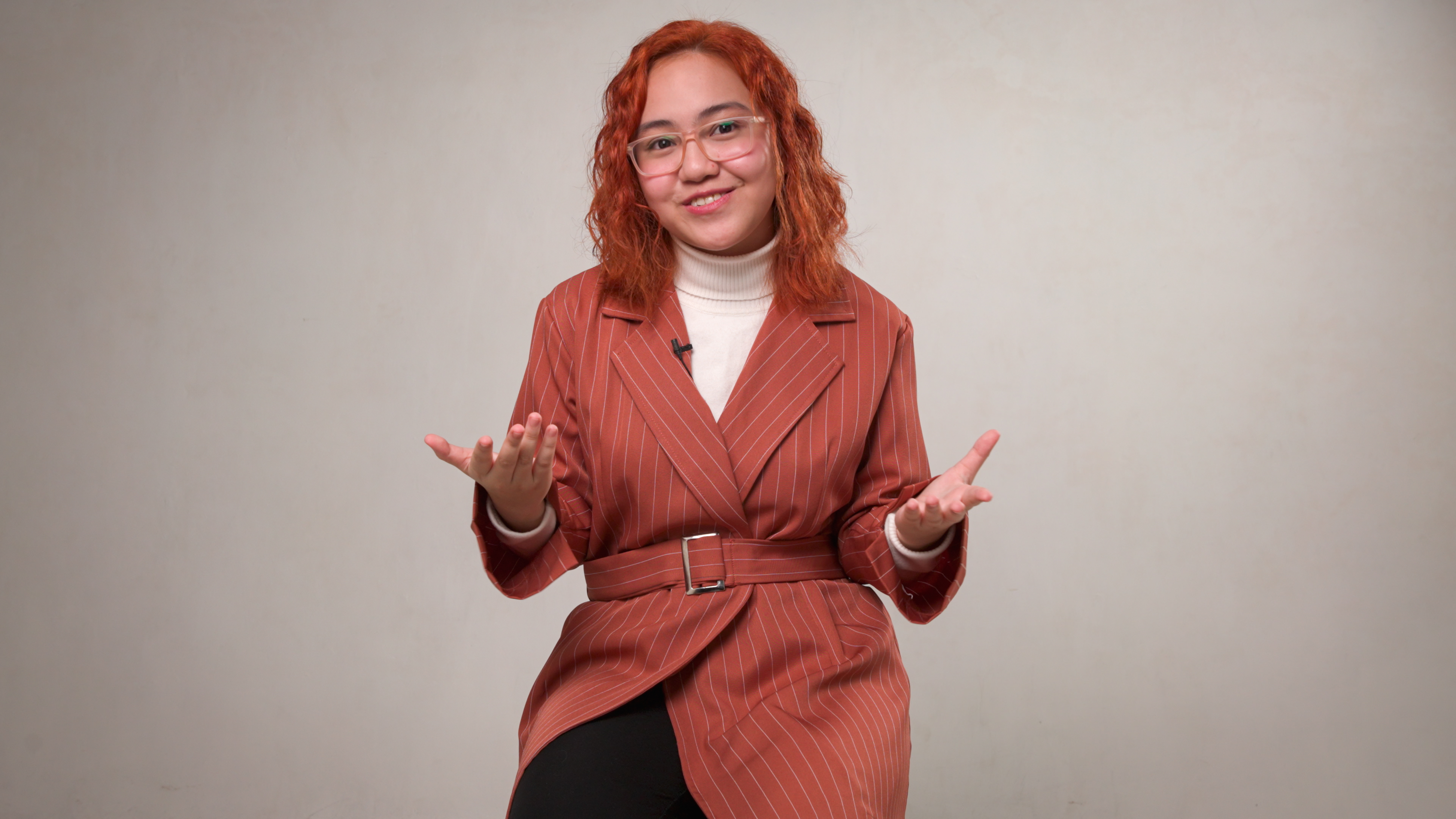 Great idea: Social media is a powerful tool. It can amplify your voice and get your ideas out to a global audience, but it can also make it easier for others to criticize or attack you. We can – and must – make social media more user-friendly.

How? ‘Or’ What? When Peachy Liv was 12, she started creating videos for YouTube to share her ideas about education with other students her age. The platform has helped her connect with millions of viewers, but also made her vulnerable to damaging online reviews. If you have a strong voice online, she says, especially as a young person or as someone trying to change the world, people think you’re putting yourself on a pedestal – and they’re trying to knock you down. According to Liv, more than a third of teens have experienced some form of cyberstalking. As individuals, she says, we can build our resilience to negativity online by practicing self-acceptance and seeking support from friends and family or trusted mental health professionals. We can also create better spaces online by committing to treat each other with kindness and respect. And if you ever need to get away from social media, that’s okay. â€œTechnology is the tool of my generation to fight for our future,â€ says Liv. â€œIt should help us, not hurt us. “