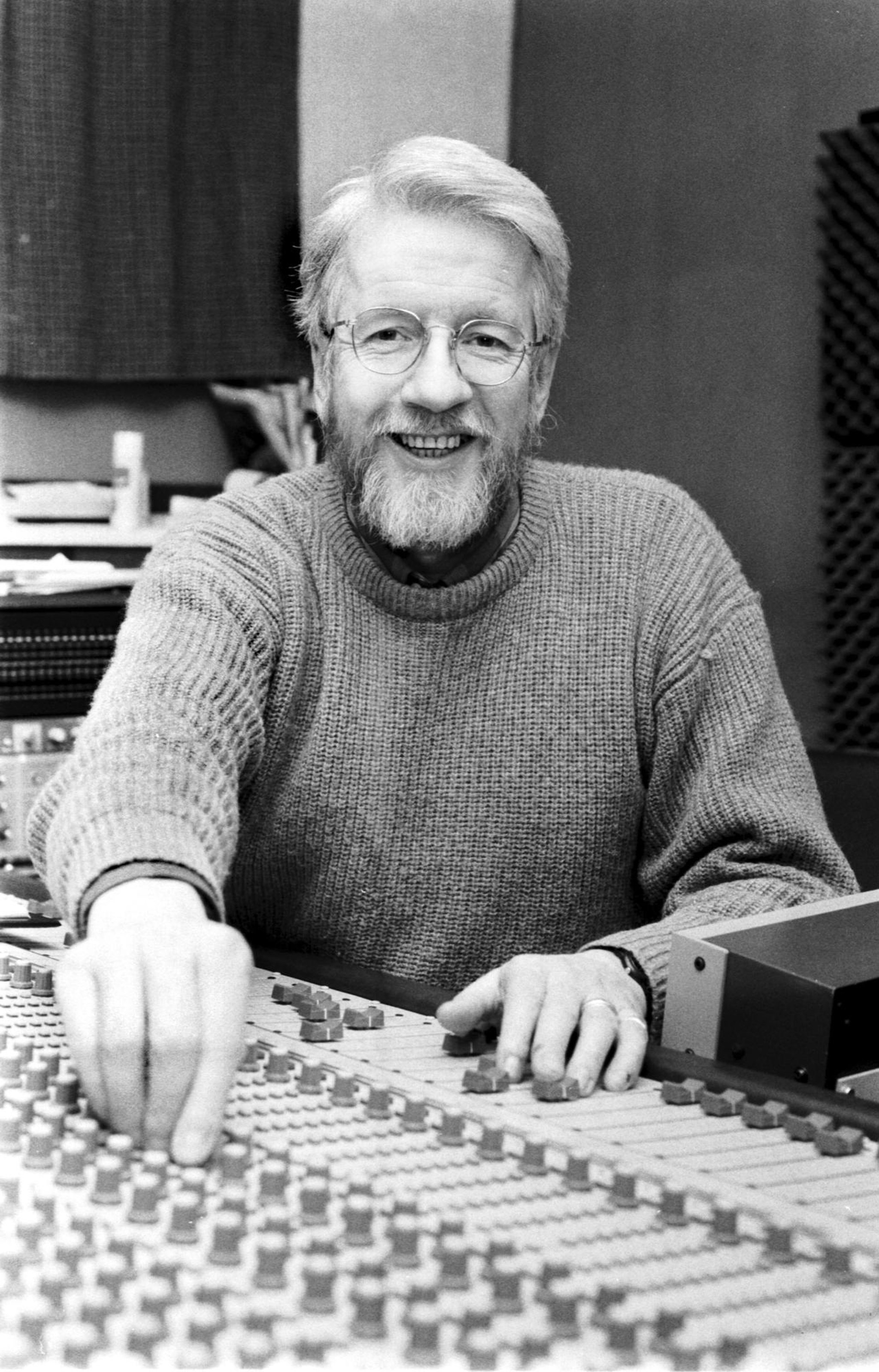 Robin Morton at a mixer in his recording studio in Temple, Midlothian, January 1990 (Photo: Calum Mackenzie)

For someone born and raised in Northern Ireland, Robin Morton’s impact on the traditional Scottish music scene has been enormous. As a founding member of the Boys of the Lough and director, for over 40 years, of another pioneering formation, the Battlefield Band, as well as the owner of Temple Records, he has been a tireless catalyst in developing the dynamism of the Scottish folk music. renaissance and the wider world of “Celtic music”.

With the Boys of the Lough, then with Battlefield, he helped establish the patterns of world tours followed by many other Scottish folk artists, while his label released many important albums. In roles such as his three-year directing of the former Edinburgh Folk Festival and as chairman of the Scottish Record Industry Association, as well as in wider lobbying, his pugnacious and argumentative energy has made him a thorn in the neck. chair of arts funding agencies and a champion of the artists he promoted.

Register now to our daily newsletter

The newsletter i cut through the noise

Yet the folk music activist may have been lost to a career in psychiatric social work. Growing up in Portadown, Co Armagh, out of school Morton worked with mentally disabled children, went on to study social work at Queen’s University, Belfast, and then obtained an additional qualification in Psychiatric Social Work at the London School of Economics.

Meanwhile, an early interest in jazz was overtaken by an increasingly passionate enthusiasm for traditional music. He became a first shy singer, then an avid collector of folk songs and co-founder of the Ulster Folk Music Society, combining his studies with a developing career in broadcasting. He has also published his collection Folksongs Sung in Ulster, as well as Come Day, Go Day, God Send Sunday, on Fermanagh singer John Maguire.

It was while collecting in the late 1960s that Morton, who played the concertina and bodhran, met two important bearers of the Fermanagh tradition, the violinist Tommy Gunn and the flautist and singer Cathal McConnell. Eventually calling themselves the Boys of the Lough, the trio toured the UK. The elder Gunn was gone and Morton, who had moved to Edinburgh to pursue a doctorate that fell through the cracks, toured with McConnell before recruiting formidable young Shetland fiddler Aly Bain and guitarist and singer Mike Whellans. The group gained international fame, setting a grueling touring schedule.

Morton left The Boys in 1979, having established his label Temple Music in the beautiful Old Church in the Midlothian village of Temple. He and his wife, harpist and glass artist Alison Kinnaird, acquired it in 1976 and turned it into their home and studios. He and Kinnaird met through music in the Shetland Islands in 1972 and married two years later, having two children, Ellen and John.

After producing albums for the Topic label – including Dick Gaughan’s still revered Handful of Earth – he established Temple Records in 1978. He also took charge of another influential group, the Battlefield Band, of which he produced. the first mainstream album for Topic before releasing on Temple some 30 Battlefield albums over four decades, the band’s line-up changing over time but consistently featuring a powerful violin and bagpipe frontline with the initially revolutionary use of keyboards.

Like the Boys before them, Battlefield established the kind of world touring circuit of “Celtic music” followed by later artists, performing in places as far away as Anchorage, Beijing and Uzbekistan. The oldest member of the band, keyboardist and singer-songwriter Alan Reid recalls, “Robin was a constant pilot of the band, keeping us moving forward. Whether it was to take us on longer tours or to nag us to start a new album, he was constantly thinking of ways to raise the profile of the band.

“We also had Brian McNeill, followed by myself, who created some original songs, mostly in a traditional style. Robin was still at the helm, harnessing all that creative energy. In my later years as a band, I wrote songs that I couldn’t have envisioned, had he not encouraged me or suggested the ideas. For that alone, I am very grateful.

Temple hasn’t just released Battlefield material, however. Notable recordings included his very first – The Harp Key by Alison Kinnaird, a 1979 landmark in the early days of the vigorous revival of clarsach in Scotland. Other significant debut albums included that of Gaelic singer Christine Primrose, paving the way for several important Gaelic recordings from the label, as well as 1983’s A Controversy of Pipers, featuring a new generation of players. The converted church became a hotbed of creativity, her sound studio regularly occupied by Battlefield or other artists, while in her glass engraving studio Alison produced beautiful works of art and architectural commissions which, with his music, eventually earned him an MBE.

Morton, who was inducted into the Scots Trad Hall of Fame for services to traditional music, told an interviewer, “I always say Temple Records don’t release albums, they kind of slip away.

One artist who made his first recording there, at 18, is Gaelic singer and former Mòd gold medalist Arthur Cormack, co-founder of Skye’s Macmeanmna label and managing director of Fèisean nan Gàidheal. “I will always be extremely grateful for the opportunities Robin gave me,” he said, “and for what I learned from him about the music business. He did a great job behind the scenes, cajoling and pressuring politicians and he was certainly a thorn in the side of a few Scottish Arts Council music officers. What he did, however, was what he believed was in the best interests of artists and artists. traditional music. I will remember him with a smile, he was a funny man and great company.

Morton died in Edinburgh’s Royal Infirmary from a heart attack. He is survived by Alison, Ellen, John and three grandchildren.

If you would like to submit an obituary (800-1000 words preferred), or have a suggestion for a topic, contact [email protected]

A message from the editor

Thank you for reading this article. We depend on your support more than ever, as the change in consumption habits caused by the coronavirus is having an impact on our advertisers. If you haven’t already, consider supporting our trusted and verified journalism by purchasing a digital subscription.