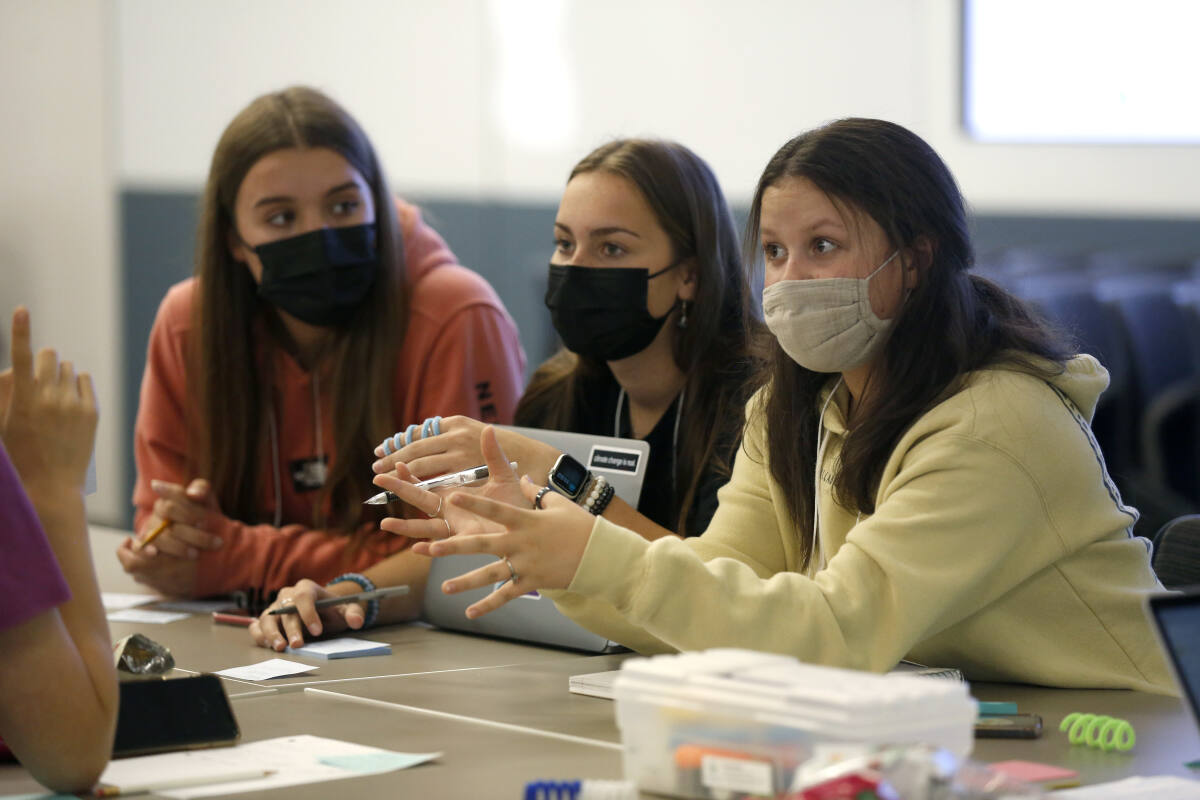 Sonoma County is home to nearly five dozen young leaders who have embarked on a quest to find solutions to climate change.

The 58 middle and high school students from nine schools have launched a series of yearlong projects aimed at recognizing challenges and proposing solutions to thorny environmental problems in their communities.

Their practical projects aim to research and solve environmental justice issues, including the use of pesticides, waste management and water quality affecting underprivileged populations.

“What we do now will affect our world later,” said Avi Czapszys, 11, a sixth-grader at Willowside Middle School in eastern Santa Rosa. “Not just us, but future generations too. “

The students kicked off their efforts at the Sonoma County Office of Education last Thursday for a launch event that included a question-and-answer session with Rep. Jared Huffman, D-San Rafael, who encouraged work to create the next generation of climate leaders.

With their commitment, he said: “I am optimistic that we can overcome these obstacles and make the changes we need.

Next comes teamwork where students will tackle their topics with the help of teachers and subject matter experts. The collaboration aims to build professional skills and match students with community leaders and scientists to form lasting mentors.

Towards the end of the school year, April 22, which is also Earth Day, each team will present their project to the public. The county office will offer grants of up to $ 1,000 for teams who wish to continue their efforts. Participants will be eligible for the state’s civic engagement seal and will also receive an Environmental Specialist certificate.

The students are part of the new SCOE Environmental Justice Coalition, supported by a budget of $ 50,000 from remaining event income and donations.

The program was designed to support a generation who must bear the brunt of these impacts throughout their lifetimes – giving them early training in how to respond to and cope with the narcotic problems set in motion long before they were born.

“They understand that as a society we don’t have the luxury of time,” said Kelly Matteri, school program coordinator at SCOE. “As adults, it is essential that we recognize and honor all the skills, insight and dedication of this generation and give them the opportunity to put those skills to good use. “

Ava Hamelburg, 17, a senior at Windsor High School, was already passionate about the intersection between environmental issues and social justice, so when she heard about the coalition through her school, she immediately signed up. His group plans to study the impacts on community health of the use of pesticides and fertilizers in vineyards.

She said her generation was keenly aware of the fallout from climate change and the existential threat to the planet.

It can be scary, but “we realize that the best chance we have for a future is to take these steps now,” Hamelburg said.

Her main takeaway from the launch event was the speakers’ emphasis on the ability of students to become involved in environmental justice at the local level.

“It was really reassuring,” she said, especially when “we have such ambitions on how to save the world.”

Alison Stephens, 15, a freshman at Cloverdale High School, said the initiative gave her hope for the future and that she was excited to be working on a project that would bring recycling back to school and the community.

Participating students said they feel the brunt of the expectations of older generations to correct climate change and that this puts a lot of pressure on them.

But they also said that faith in them was empowering.

“I took with me a sense of determination to keep going and now I know what goal we are going to aim for,” Czapszys said.

Students have designed projects that envision better recycling systems on campus, easier access to waste disposal for homeless residents, and the promotion of indigenous voices in the fight against climate change.

“They are so motivated that I can’t even tell you,” said Annette Dobler, a teacher at Willowside Middle School.

A group of grade six students from Willowside plan to conduct research on the use of pesticides in local agriculture and the impact on children’s health. They will take a closer look at the water supply for their campus and the nearby town of Graton, said Russell Wettle, 11, a sixth-grader at Willowside.