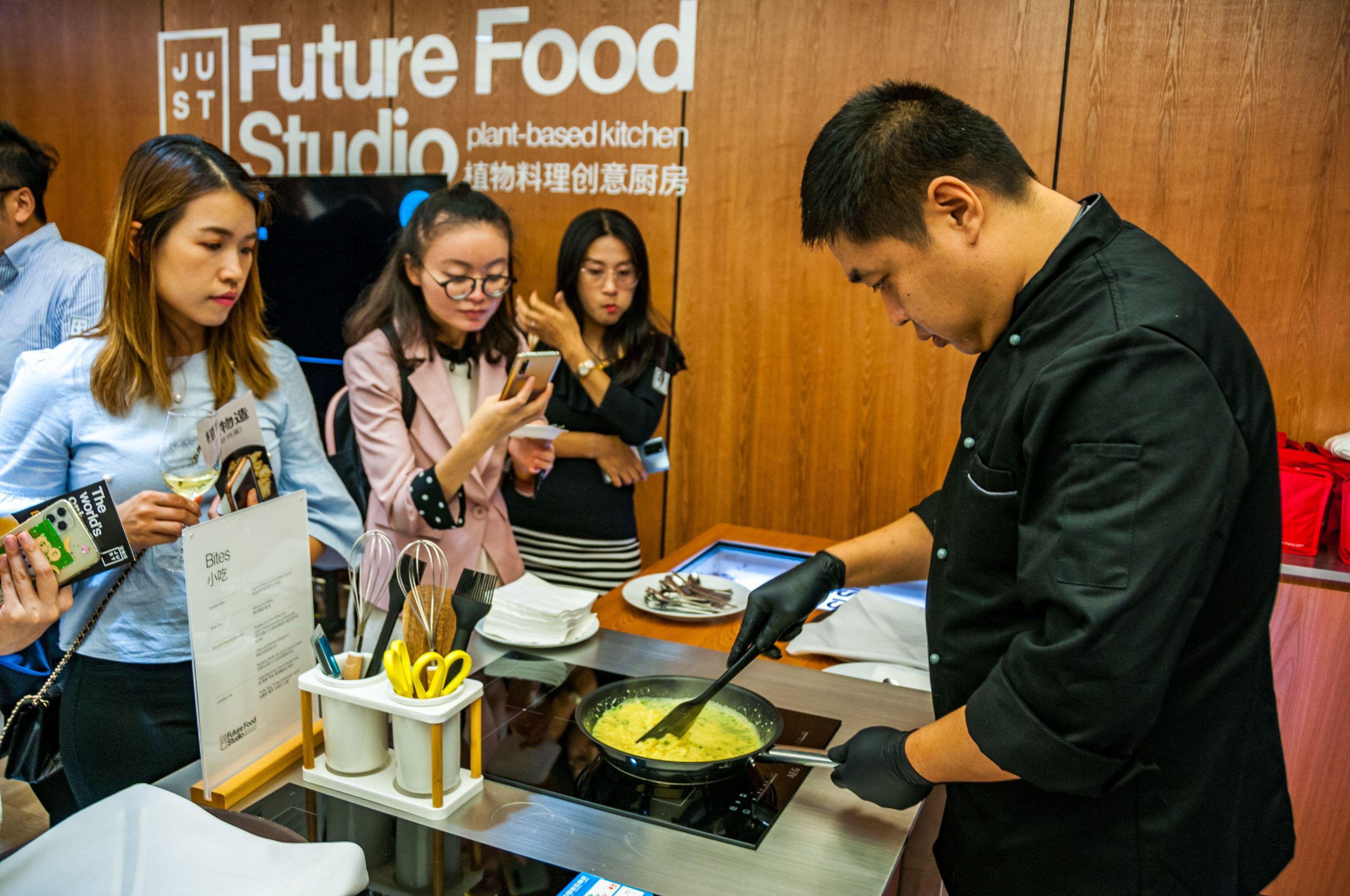 Energy sector transition has so far dominated discussions of how China will meet its targets of peaking CO2 emissions by 2030 and becoming carbon neutral by 2060. However, achieving net zero will also require a sustainable transition in food production. After all, the global food system is responsible for about a third of all greenhouse gas emissions, and the agricultural sector is the main driver of global biodiversity loss.

Investors will be closely following China, which is hosting the COP15 Biodiversity Summit, to see how changes in food production are achieved. One potential solution is a transition to sustainable proteins, including plant-based, fermented and cultured proteins, which like our recent report described, could support climate and biodiversity and public health goals, both in China and globally.

Animal husbandry, including the production and processing of animal feed, accounts for approximately 15% of annual global greenhouse gas emissions, of which 32% are methane emissions. Animal agriculture also accounts for around a third of water use and over 70% of global antibiotic use. China is the world’s largest consumer of meat and the largest producer of pork, so the changes it makes to the way protein is produced and consumed will be important in limiting the damaging impact of the agricultural sector as a whole.

China has limited arable land to produce animal feed, so it relies heavily on imported soybeans, accounting for around 63% of world soybean imports, from 2017. These imports have global implications for climate change and biodiversity loss, which in turn have a significant impact on financial markets. The World Economic Forum estimates that an estimated US $ 44 trillion in economic value – more than half of global GDP – depends on nature and its services.

Investors in China and abroad are increasingly alert to these risks and demand better disclosure from companies to manage them over the long term.

Lagging behind on ESG risks

China is in a unique position to strengthen the resilience of its food system and contribute to the low carbon transition. Indeed, among the 60 largest publicly traded protein producers in the world, Chinese companies account for 40% of the total market capitalization. However, of the 12 Chinese companies included in the FAIRR Paste Protein Producer Index, which rates companies on environmental, social and governance (ESG) risks and opportunities, 10 ranked as ‘high risk’ overall in 2020. This compares to 28 of the 48 companies outside of China ranked as â€œHigh riskâ€, and no companies ranked as â€œbest practicesâ€ in the world in 2020.

Additionally, based on data from company publications, FAIRR’s research reveals that most Chinese companies assessed do not disclose information on how they address climate, biodiversity and health impacts. public throughout their supply chains. All of these companies are classified as â€œhigh riskâ€ in terms of deforestation and biodiversity. Clearly, there is still work to be done to tackle ESG risks in the Chinese food system.

Although 58% of Chinese producers in the Protein Producer Index confirm that they use soybeans in agricultural feed, none of them discuss how they manage the risks of deforestation associated with soybeans. And although they have indicated their intention to reduce emissions, 83% do not disclose whether they have set a target for Scope 3 emissions – the indirect emissions in a company’s supply chain beyond those related to the purchase of electricity, heating and steam. This compares to 69% for companies outside of China.

In addition to climatic challenges, antibiotic resistance is another problem that poses long-term risks to livestock, humans and the economy. 92% of Chinese companies included in the FAIRR index do not disclose the amount of antibiotics they use, and only three mention antibiotic policies or commitments to address the problem in their reports. For companies outside of China, 62.5% also do not disclose the amount of antibiotics used, but 77% of them have a policy in place.

Currently, disclosure requirements are in place for large state-owned companies and companies listed on the Hong Kong Stock Exchange, while new regulations are being rolled out. Chinese companies may in fact do more than they report in publicly available documents, but failure to disclose this information prevents investors from being able to assess significant risks and opportunities, to provide advice and questioning decisions and actions that could inform and guide companies on investor expectations. Improved disclosure will facilitate planning and decarbonization strategies for businesses and policy makers. The detailed ESG reporting requirements and guidelines from the Chinese government, combined with the application, will help agricultural producers across all value chains identify what is important, define measures and targets to help mitigate the problems. risks and reduce the gap between investor needs and what is stated.

A strategic opportunity for China

There are parallels to the clean energy revolution. Just as government support and economies of scale have led to a rapid decline in the cost of solar photovoltaic (PV) energy, making China the biggest producer photovoltaic power in the world, increased government support and funding could lower the cost of alternative protein products, which, along with wider promotion, could help increase their adoption in Chinese cuisine.

China is well positioned as a hub of technology and innovation. Government support for cell-based meat in China has increased, as evidenced by a recent agreement signed with Israel, and the interest shown by several food technology companies seeking to establish a presence in the market. CellX and Zhouzi Weilai, two pioneers in the Chinese market, are currently working on the creation of cell-based meat products. In 2020, member of CPPCC (Chinese People’s Political Consultative Conference) suggested China should invest in cultured meat research and establish its own regulatory framework.

With many “mock meat” products find their roots to China and Chinese consumers more likely to buy herbal or cultivated alternatives that, for example, American consumers, there is potential for growth of the sector at the national level. A shift to alternative protein production could help China tackle biodiversity loss and accelerate its path to net zero, with co-benefits for other key global issues such as health outcomes and human life. Food Safety. As one of the world’s largest markets, China has a real opportunity to become a pioneer in sustainable protein and tip the scales in sustainable food.

Positioning these products as an attractive choice that improves health and flavor while addressing the environmental risks associated with animal protein production will be key to encouraging greater consumer adoption.

To meet global climate goals, the global food and land use sector must begin to transition from contributing emissions to carbon sinks. A study found that a global change to plant-based diets by 2050 could lead to emission reductions equivalent to between 99% and 163% of the CO2 emissions budget according to a trajectory of 1.5 Â° C. The Chinese market could play a key role in bringing about this change.