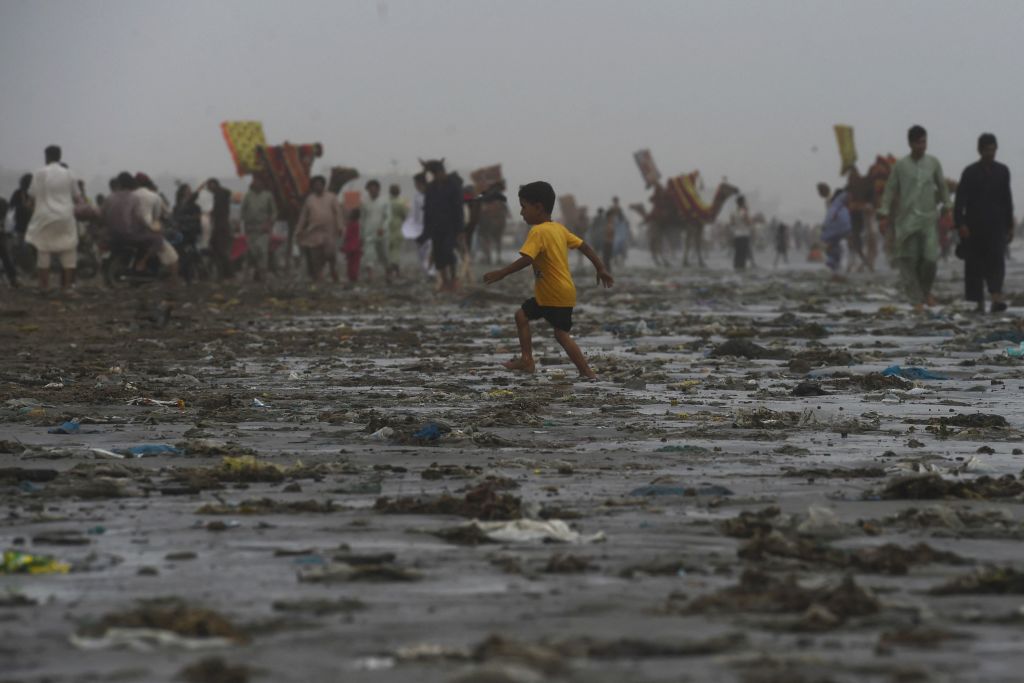 British Columbia, Canada, stretches so far north of our globe that I once saw the Northern Lights near its border with the Yukon. The geography of Canada perhaps makes it all the more striking in that its recent heatwave saw about three hundred more deaths amid high temperatures of 49.5 ° C (121.3 ° F).

Many of the dead were elderly and lived alone in unventilated houses. Shocking moments like this, now more than annual, can give us a renewed sense of urgency to do something about climate change.

Without a doubt, Canada’s heat wave has garnered such attention in the Global North because it is a major economy, predominantly English-speaking and largely white. We must not ignore the realities of extreme heat in regions of the world that are even more vulnerable to the impacts of climate change.

The United Nations World Food Program (WFP) has warned that up to four hundred thousand people in Madagascar are currently approaching famine following consecutive droughts. In a country where 1.14 million people are food insecurity, fourteen thousand are already in catastrophic conditions. This crisis has caused thousands of people to walk for hours from rural to urban areas in search of food. WFP Executive Director David Beasley has made it clear that these droughts, and therefore internal displacement of people, are due to climate change.

Central Asia and the Middle East already contain some of the hottest places on the planet. Over the past week, Jacobabad in Pakistan reached temperatures reported as “hotter than human body can bear”With maximums at 52 ° C (126 ° F). All this in a context where air conditioning is limited, power cuts mean that there is regularly no electricity, and 40 percent of Pakistanis live in multidimensional poverty.

In the Middle East earlier in June, countries with highs of 50 ° C (122 ° F) included Oman, Kuwait, Iran and the United Arab Emirates. We are on a trajectory where parts of the region are likely to become uninhabitable in our lifetime, and even faster than expected.

This global crisis of extreme weather events is not in the distant or even near future. It is already there, and it will only intensify with each passing year. Overall, we are not on track to reverse this trend – and we are not prepared to live safely with its consequences.

This context makes the recent wave of support among governments, businesses and NGOs for the decarbonization goals of “net zero by 2050“Look pathetic. These goals reliably make a cheap green headline, but, more seriously, they expose their supporters’ shared ambivalence as to the scale and pace of action needed. net-zero 2050 is an unspoken admission that you are happy to let the death toll continue to rise while delaying the elimination of emissions by three decades.

In 2019, Work for a Green New Deal campaigned for the UK Labor Party to adopt a zero emissions target by 2030. The debate around this target focus on feasibility and the implications for the UK, but our proposal to decarbonize in just a decade was primarily driven by a commitment to global justice. The UK has a responsibility to phase out emissions faster because of its disproportionate historical contributions: a report puts the UK’s fair share emissions reductions of 200% by 2030. This is reducing ours to zero while funding equivalent reductions on an international scale.

Such a quick target sets the tone for real action in a Green New Deal. One of the most crucial is a just transition from fossil fuels to clean energy. One striking thing about the heat wave in British Columbia is the dominance of the province’s politics in recent years by the debates around the Trans Mountain oil sands pipeline: Justin Trudeau was so determined to force the pipelines ( against the general will of British Columbia) that the federal government spent $ 4.5 billion to nationalize it.

The general trend internationally is for the pursuit of mining, supported by both governments and the financial sector. In Canada and beyond, it is the poorest and the working class who suffer while the elites profit from the root cause of extreme weather.

A socialist Green New Deal aimed at significantly transforming the economy is not only an ideological preference but now a necessity. The phasing out of fossil fuels must be accompanied by significant investments in new industries and technologies, requiring a decisive break with the austerity that has eroded state capacity over the past decade.

For the transition to be both swift and fair, we must extend public ownership to the whole economy supplant the failing and parasitic private sector. On this basis, we can adopt democratic planning to coordinate a mobilization of the whole economy, putting justice for the many before the profits of the few by reindustrializing and create millions of good green jobs.

In all of this, we cannot limit our ambitions to doomed attempts at decarbonization within the borders of a single nation. The increased vulnerability of countries like Madagascar and Pakistan to extreme heat is largely due to a history of colonialism and an imperialist global political economy that continues to breed extreme inequalities within and between nations. Any Green New Deal in the North must include resource transfers supporting decarbonization internationally while adopting proactive public procurement strategies to promote environmental justice and workers’ rights in global supply chains.

These moments of extreme heat rightly inspire new motivation to push for ambitious decarbonization strategies, but they also underline that it is too late to focus solely on avoidance strategies. Even if we end all fossil fuel extraction tomorrow, many of the consequences of climate change are already with us, and they will continue to come.

The left and the climate movement should organize for programs of socially just adaptation climate change to ensure that adequate resources and procedures are in place to deal with extreme weather conditions as they intensify, without throwing in the towel on mitigation. Climate adaptation could easily be geared towards preserving the profits of the rich; we need to make sure it prioritizes security and justice for those least responsible for emissions.

Are our emergency services well funded to respond to disasters? Do we have robust health care systems ready to increase capacity when needed? Do we have evacuation plans including security conditions for the displaced people? Are there contingency plans for food distribution in the event of a shortage? Have we invested in our buildings to withstand storms or floods and to cool off in hot weather? Do we have a socialized insurance system capable of providing sufficient coverage for loss and damage to homes or businesses, regardless of the cost? Do we have suitable labor rights at a time when work will be made impossible by new conditions?

In too many places, the answer to most or all of these questions is a definite no. Capitalism forbids acting to decarbonise effectively for the same reasons that it limits investment in measures to live with the consequences of climate change: short-term profits are more important than security and justice.

That is why we cannot tolerate the false choice between mitigation and adaptation. The same measures to transform the economy through the expansion of the public sector, the increase in the capacities of the State, the mobilization of investments and the promotion of economic democracy give us the tools to decarbonize and adapt at the same time. time, while meeting the basic needs of all.

We should not I accept of the ruling class a future where we live with the extreme weather conditions of climate change – but we must to prepare do this. The left and the climate movement should of course prioritize using the state to meet those needs through a Green New Deal, but we cannot put all of our eggs in the basket of political success. We need to prepare for multiple possibilities, including the failure to capture state power within the necessary timeframe, and the inevitability that capitalist states will not act at the last minute.

The COVID-19 pandemic has demonstrated the beginnings of our ability to build solidarity and mutual aid networks in our communities in response to the state abdicating its social responsibilities during a crisis. Such an organization must be made more resilient and sustainable, and always keep political transformation at the heart of its mission. This may well prove to be a more permanent feature of our efforts if we are to defend ourselves against the extreme effects of climate change and the cruelty of the rich.