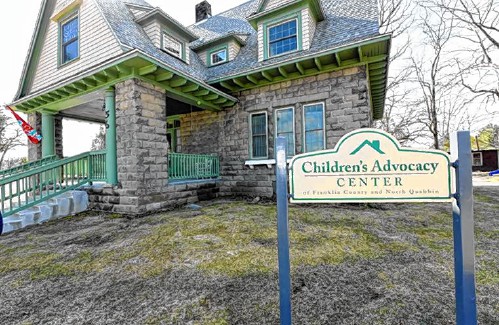 GREENFIELD – For the first time in five years, the Franklin County and North Quabbin on Wisdom Way Children’s Advocacy Center is opening its doors to the community for an open house.

The open house, scheduled for Thursday from 4 p.m. to 7 p.m., will not only be an opportunity for people to learn about the programs offered by the center, but also to see the major rehabilitation that the building has undergone since. the last open day.

â€œSix years ago the building was really in a state where it could be demolished,â€ said Irene Woods, Executive Director of the Children’s Advocacy Center.

Ledwell passed away in May and, in his memory, the Children’s Advocacy Center is planning to hold a dedication at Mark Ledwell’s Labyrinth Garden during the open house Thursday.

â€œHe was such a kind and generous man,â€ Woods recalled, noting that in lieu of flowers after his death, the family asked for donations to be made in his honor at the Children’s Advocacy Center. “We hope to talk (of the garden) and dedicate it to Mark.”

Woods explained that the association chose a maze garden in the hopes that it would be a comfortable place for children and their families to wait during interviews.

â€œWe thought a maze garden would be soothing and calming, and a place to sit,â€ she said.

Woods said the open house is also an opportunity for community members who have donated to learn more about the programs they help support.

Through the center, children and families are connected with medical, mental health, victim advocacy and other services on a case-by-case basis.

â€œThe Hope and Healing Breakfast that we usually have in June was our main fundraiser,â€ said Woods, noting that the breakfast was canceled in 2020 and 2021 due to the COVID-19 pandemic. â€œWe have had to rely more on donations from community members, and people have been very generous over the past year. ”

The Children’s Advocacy Center is also fundraising for Race to End Child Abuse 5K. This year, the association raised $ 2,000 in the fifth annual road race, according to race director Samantha Staelens. Staelens previously said that money raised at the event goes directly to the center to support its programming.

The open day on Thursday is free and open to the public. Woods said she encouraged people to park at the Franklin County Fairgrounds across the street and to the Children’s Advocacy Center at 56 Wisdom Way.