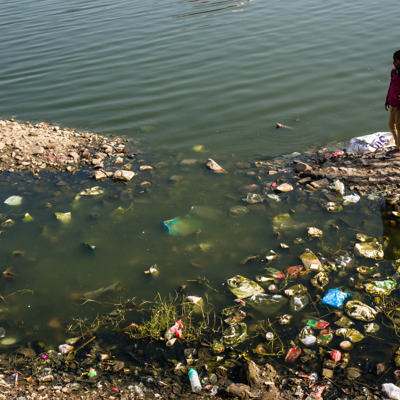 The Biden administration is on track to address climate change through a whole-of-government approach, placing climate at the center of executive decision-making.

President Biden has pledged to reduce greenhouse gas emissions by 50% to 52% by 2030 from 2005 levels, a major step forward from the previous target set by the Obama administration. The administration is also moving forward with the American Jobs Plan, a national effort to create jobs while building modern and sustainable infrastructure. And government agencies at all levels, from federal to state to local, are stepping up efforts to improve the resilience of communities to the impacts of climate change.

These efforts offer crucial opportunities to address a lingering oversight: the inequitable, unfair and unaffordable distribution of the costs and benefits associated with environmental protection. According to the EPA’s new Social Vulnerability Report, the most severe damage caused by climate change disproportionately hits underserved communities, those least able to properly prepare for and recover from the environmental impacts of climate change. warming of our planet.

These projections demonstrate the urgency of prioritizing and involving underprivileged and marginalized populations in the clean energy transition, and to ensure that greenhouse gas mitigation or climate adaptation policies do not leave them behind. next to.

There are many ways to meet these needs, but useful starting points are to invest in climate risk and social vulnerability assessments, involve disadvantaged groups in the assessment process, and ensure accountability. active participation of these people in decision-making. With an understanding of differential vulnerabilities, informed by the experiences and perspectives of those most affected, decision-makers can develop solutions that are both effective and equitable.

How to prioritize equity in climate planning

Historically marginalized groups, including indigenous peoples, low-income communities, racial and ethnic minorities, and LGBT + populations, many of whom have been disproportionately affected by the COVID-19 pandemic, are most vulnerable to the adverse effects of climate change. For example, studies have found racial disparities in potential exposure to extreme heat events in cities, and other types of extreme events such as severe storms, floods and droughts frequently highlight the disparities. exposure and vulnerability between populations. Even some measures to reduce greenhouse gas emissions, especially those that result in higher energy costs, can disproportionately affect low-income communities.

When trying to prioritize equity in climate planning, many decision makers fail to realize the full extent of the issues facing marginalized communities or the deeply interconnected nature of social identities such as race, class. , disability, gender identity, sexual orientation and age. Climate vulnerability and risk assessments that take into account social vulnerability are essential tools for identifying these problems and linkages, and for establishing effective pathways to address risks. For example, in the ICF Climate Vulnerability Assessment for the City of Philadelphia in 2015, we used climate and demographic data to map the locations of vulnerable populations, focusing on the elderly and the elderly. living below the poverty line. The locations identified across the city were compared to a map of the city’s heat islands and cooling shelter locations, identifying areas where vulnerable populations may not have access to shelters during extreme heat episodes.

Stakeholder participation is another key aspect of equitable climate planning. Vulnerable populations must play a role in assessment, planning and decision-making processes: no one understands their situation, needs and capacities better than they do. We have seen diverse voices and perspectives come to life through our climate risk assessments around the world, where the province has engaged Indigenous communities in the assessment process through interviews and workshops. The impetus for engagement can come from disadvantaged groups themselves: for example, the NAACP Environmental and Climate Justice Program offers free workshops on flood risk planning to help vulnerable populations in coastal communities understand their risks and engage with their leaders to develop action plans to address them.

Ultimately, equity considerations must be integrated into greenhouse gas mitigation efforts, climate risk and vulnerability assessments, as well as planning and policy development. Prioritizing equity means partnering with marginalized populations and the organizations that represent them, identifying potential inequalities in climate-related risks and responses, and jointly developing approaches to address them. It also means incorporating equity considerations into existing decision-making criteria and planning processes rather than adding them after the fact.

As consultants, we see many opportunities to work with our federal, regional, state, and local clients in the United States and internationally to advance advancements in climate equity and justice. These opportunities are rooted in understanding who will be most affected by climate change and the efforts to address it.

Susan Asam is vice president of climate and resilience and Brad Hurley is senior communications consultant at consulting firm ICF. Both are senior fellows at the ICF Climate Center.