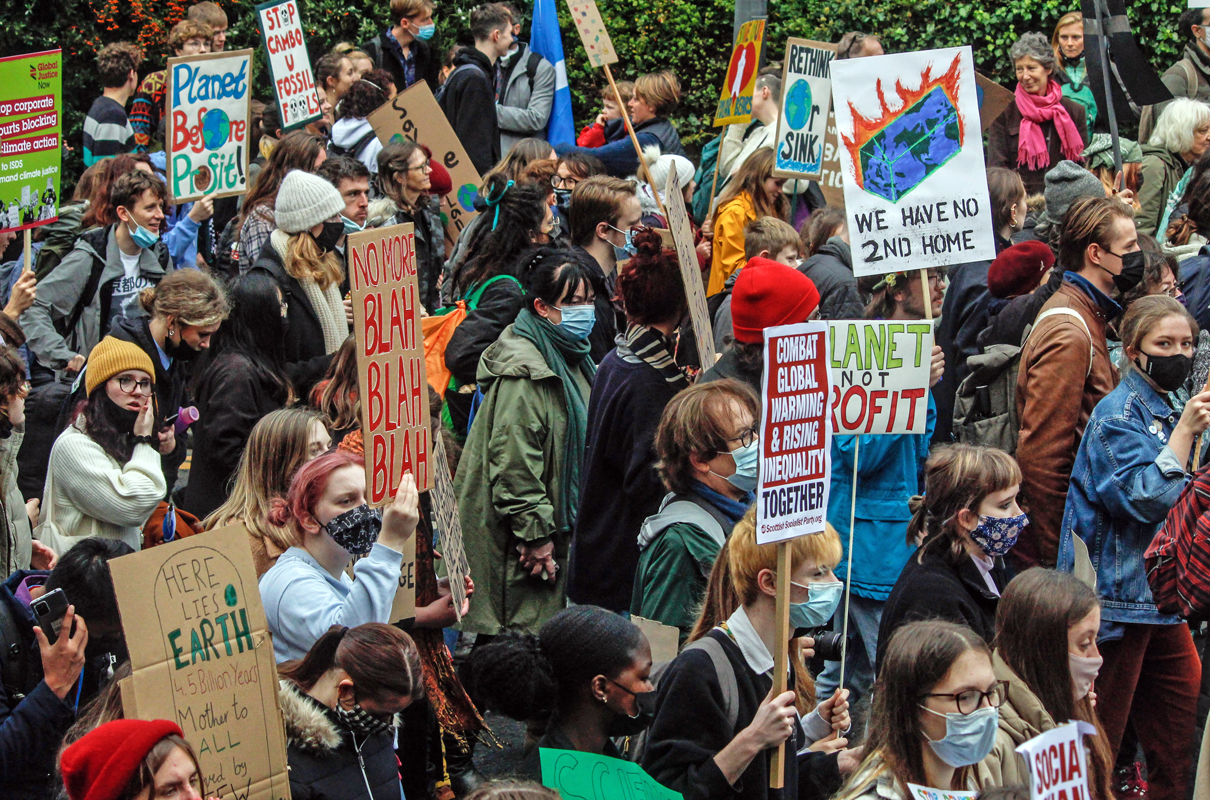 This is the second week of negotiations at the COP26 climate summit in Glasgow, UK, where several countries, including India, have announced ambitious targets to limit global warming to 1.5 degrees Celsius per compared to pre-industrial times. Young activists, however, are not entirely satisfied with the commitments and decisions announced by world leaders. Gathered from all over the world in Glasgow, they say this climate conference is not inclusive and ask to be included in the decision-making process.

“There are frontline communities suffering right now and many of those voices are not here today! Laura Young, climate activist and speaker, said at a press conference on November 4 at the main COP26 site.

Demonstrations in Glasgow and around the world were an important part of the youth action during COP26. Two of the biggest protests demanding climate action and climate justice took place in Glasgow on November 5 and 6. Organizers said about 100,000 people marched on November 6, making it the largest march of COP26.

On both days, protesters marched through the streets of Glasgow echoing the slogan “What do we want?” Climate justice. When do we want it? Now!’ The colorful signs, costumes, music and plays were even more powerful on the second day, as protesters marched despite heavy rains.

The protesters included different groups of young people, indigenous groups, NGOs and people from different countries who traveled to Glasgow to participate in the marches. Fridays For Future and Extinction Rebellion were among the groups that were applauded by spectators. Their collective cry demonstrated their disappointment at the commitments made by world leaders during the ongoing climate negotiations.

Swedish climate activist Greta Thunberg, who led the march on Friday, called COP26 a “global northern greenwashing festival”. “We don’t need distant non-binding promises… Look at their record. It’s the 26th COP, ”she said as the crowd cheered and roared. “We are tired of their blah, blah, blah! She continued.

“They discuss the future of the planet that we will inherit and yet they do not include us in the decision-making process! Sebastian Jones, 24, from Scotland who took part in the November 6 protest, told Mongabay-India.

Alice Barwa, 23, from India, represented the Adivasi youth at the protest on November 6 and said she was in Glasgow to assert her identity as a young indigenous woman.

“The Adivasis and their rights are not recognized. We need to have a platform and the solutions need to be intersectional in nature. The real voices are here – outside the COP venue. There are several formalities to go through to make our voices heard at COP26, ”Barwa told Mongabay-India.

“The key element of COP26 should be to listen to the voices of young people. We are going through a climate crisis and we must act now! Said Joyce Rose, 30, from Scotland.