We are delighted to announce the leadership team for our new Climate and Environment department. Together they will help make The Post the world’s leading news destination for climate coverage, building on the compelling reporting and projects that have been a hallmark of the Climate team. The department of more than 30 journalists, visual journalists, data experts and editors will anchor a newsroom-wide and global effort to cover climate and extreme weather and their impact on humanity through revealing reporting, visual-first storytelling and innovative forms of data. directed journalism.

Zachary Goldfarb, currently the Post’s associate editor, will transition to climate as department head, where he’ll bring his experience as the head of a growing department to a team that’s poised to more than double in size with a range of new positions. Juliet Eilperin, an award-winning leader in environmental journalism, will serve as Deputy Head of Department for Climate, where her broad subject matter knowledge and collaborative approach will continue to guide our nationally recognized climate and environmental journalism as she works with editors and reporters to bring innovative approaches to this hugely important story. Monica Ulmanu will also join the department as Climate’s first visual corporate writer, leading a team of five journalists who will design and direct timely and penetrating visual storytelling on the climate crisis.

Together, they will guide the Climate Team’s exceptional reporting on U.S. climate and environmental policy, enforcement of the nation’s environmental laws, pollution and environmental injustices, extreme weather and climate science, as well as as the evolution of climate solutions and adaptation. They will also oversee a major investment that reflects The Post’s strong commitment to one of the most pressing issues of our time, leveraging creative, forward-thinking storytelling techniques and providing readers with accessible and explanatory journalism.

Zach has been an associate business editor for more than five years, overseeing a growing team of 55 reporters and editors specializing in business, technology and economics. He has helped shape a broad technological expansion, spearheading best-in-class business journalism, and creating new modules focused on corporate accountability, general assignments and breaking news, and most recently, health business. , climate and food. Now, Zach is thrilled to lead the construction of a new pillar of post journalism.

As Associate Business Editor, Zach helped lead journalism that has been recognized by the Gerald Loeb Awards, the Society for Advancing Business Editing and Writing, and the National Association of Black Journalists. He has contributed to other key corporate diaries, including last year’s Project Pandora, recent investigations into the nursing home industry amid covid and the Consumer Product Safety Commission’s failures to protect children, stories about the intersection of race and business, and data-driven stories about the impact of the pandemic on the economy.

Zach has been an advocate for new forms of storytelling and has partnered with visual and data-driven stories, helping launch calculators explaining tax cuts and inflation and helping create the personal finance tool Michellebot. He helped oversee global energy coverage, the colonial pipeline hack, and bumps in the road for electric cars.

Previously, he was business editor, overseeing the business team and the vertical Wonkblog, an initiative that transformed political articles into widely read and accessible digital native journalism. As part of this work, he also participated in setting up the Energy and Environment vertical. He began his career at the Post as a political researcher in the Political Bureau, was one of our top reporters on the 2008 financial crisis, and covered economic policy during the Obama administration.

Zach lives in Washington with his wife, Sarah, and their son and daughter 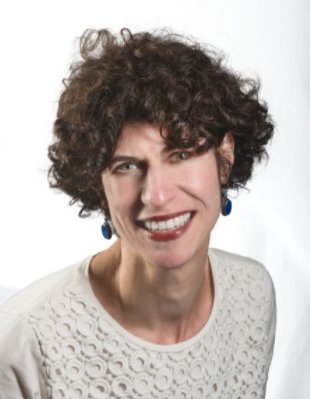 Juliet began writing and reporting on the environment in 2004, developing her deep expertise in the field. She has also covered the White House, Congress, and a host of domestic and international policy issues. During the last year of the Obama administration, she served as White House bureau chief.

Before being promoted to deputy climate and environment editor last year, she served as the Post’s senior national climate and environment correspondent. In that capacity, she anchored coverage of the Biden and Trump administrations, helping to expose the ethical lapses of EPA Administrator Scott Pruitt and Interior Secretary Ryan Zinke, prompting their resignations. For our 2019 Pulitzer Prize-winning global hotspot series, “2C: Beyond the Limit,” Juliet reported on rising seas threatening Rhode Island beach communities and melting permafrost shaking traditions. natives in Alaska. She also led the development of an online environmental regulation tracking tool that won first place in reporting by the Society of Environmental Journalists last year.

She has won numerous other awards, including an honorary member of the Sigma Xi Scientific Research Honor Society, the 2019 DC Environmental Film Festival Excellence in Journalism Award, and the 2011 Peter Benchley Ocean Award for Media.

She is the author of two books, one on politicians (“Fight Club Politics: How Partisanship is Poisoning the House of Representatives”) and the other on sharks (“Demon Fish: Travels Through the Hidden World of Sharks “) – which she likes to say, is the more optimistic of the two.

Originally from DC, Juliet lives in her hometown with her husband, son, daughter and two cats. 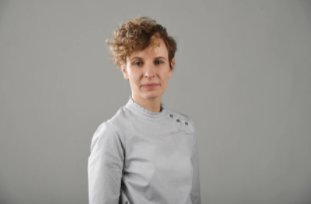 Since joining The Post as Graphics Editor in 2018, Monica has led collaborative teams across disciplines to seamlessly report, shape and combine graphics, video, photos, designs and analysis. of data. These efforts have resulted in sophisticated, award-winning journalism, from investigating the low-flying helicopters at a June 2020 protest in DC to an eye-opening story about the unseen risk of COVID-19 to unvaccinated people. and a visual first glimpse of the intriguing life cycle. of a Brood X cicada.

She is a creative and visionary writer who brings fresh ideas and passion to all her work. In her new role at Climate, she will oversee a team that includes two graphic reporters: John Muyskens, who focuses on climate change and environmental justice and has been a key contributor to Pulitzer Prize-winning 2C projects, and Naema Ahmed, who played a vital role in the development of the coronavirus vaccine tracker.

Monica directed and edited the graphic analysis and animated cartography at the heart of “2C: Beyond the Limit”, which featured a three-dimensional model, several animations and an 18th century archival ship’s log to show viewers readers how global temperature data emerged. overtime. She also led the collaboration between Graphics, Climate, Photo and Capital Weather Gang that showed what powers the western underworld by creating a visual narrative of the wildfire that destroyed Berry Creek, California. More recently, she teamed up with Climate to show where Russian oil is flowing. and what is at risk at the Chernobyl nuclear facility.

Before joining The Post, Monica was Special Projects Editor at The Guardian, where she created stories that visualized the dark side of Guardian commentary and how the London skyline would change in the future. She also worked at Thomson Reuters and The Boston Globe and was an intern at The New York Times.

His work has received numerous other accolades from the Society for News Design, Malofiej, European Digital Media Awards, NY Design Awards and an Edward R. Murrow Award in 2018.

Originally from Romania, Monica lives in Glover Park with her husband, Alex, and sons, Felix and Milo, and her pandemic pup, Luna.

Please join us in congratulating Zach, Juliet and Monica.